A tale of beauty obsession and obsessive beauties in the ruthless world of Los Angeles fashion, The Neon Demon is Nicolas Winding Refn’s first venture into horror. The Danish film-maker and producing partner Lene Borglum tell Wendy Mitchell about their Cannes Competition title 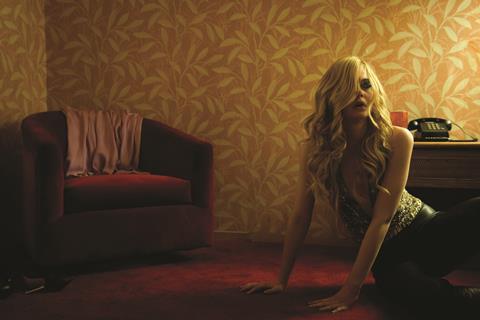 Nicolas Winding Refn’s The Neon Demon marks two firsts for the Danish film-maker: his first horror film and his first film led by female characters. “I think there is a 16-year-old girl hidden in every man and I felt that it was time I made a movie about the 16-year-old girl inside of me,” the director says, speaking to Screen International in Copenhagen in April, just days before the film was ­confirmed for Cannes’ Competition. He also suggests his past films are not nearly as manly as people think: “I always thought the other films were very feminine.”

The Neon Demon’s female focus is combined with other darker aspirations Winding Refn has had for decades. “For years, I’ve been wanting to make a horror film; I had done various ideas and versions, but then I got this idea,” he says. The idea was to explore ruthless, beauty-obsessed women in the Los Angeles fashion world.

Elle Fanning stars as Jesse, an aspiring teenage model who moves from the American midwest to Los Angeles, where she meets a make-up artist/mortician (Jena Malone) and other models (Bella Heathcote, Abbey Lee) who are more dangerous than they first appear. Suffice to say, California mountain lions are not the most bloodthirsty creatures Jesse encounters.

“I was interested in doing a horror film without ­horror — but not 100% without horror,” the writer-director adds cryptically.

Lene Borglum, who is Winding Refn’s producer and partner in Danish production company Space Rocket Nation, says: “It’s interesting that Nicolas wants to portray a woman, and this game between women. I have never seen another man direct a film about women who really got this thing between women.” As one of the film’s pitiless protagonists says, when any new girl walks into a room, she wants to know, “Who is she fucking, how high can she climb and is it higher than me?”

The men of The Neon Demon are marginal figures. “All the male characters are the ‘girlfriends’ of other films,” Winding Refn says proudly. Among them are Alessandro Nivola, who plays a creepy fashion designer, and Keanu Reeves as the sinister manager of a seedy motel.

Even though he still lives there, Winding Refn has made all his films outside his native Denmark since the Pusher trilogy concluded in 2005. It was his wife Liv Corfixen, a fellow film-maker, who suggested they return to Los Angeles for his next film, after they had lived in Bangkok for the making of Only God Forgives. “We truly love it in LA,” Winding Refn says of the city where he shot 2011’s Drive as well as several commercials.

The challenge became to figure out what Los Angeles story he wanted to tell. “I thought it would be interesting to film that ‘girl comes to the city’, Star Is Born sub-genre,” he says. “In a strange way, it’s like a fairytale. It goes back to ancient storytelling, about innocence coming to the unknown. It’s always a female perspective. It’s about innocence, sexuality, virginity.”

Winding Refn also wanted to explore the modern mania with beauty. “The obsession people have with beauty is quite enormous,” he says. “It has been like that since the beginning of time. In a way, it’s the most profitable stock ever to invest in.”

There are scenes in The Neon Demon — particularly one involving a cadaver — that push boundaries of taste, but Winding Refn does not try to second-guess how critics and audiences are going to react. “I don’t think about that,” he declares. “I had no clue how aggressively people would react to Only God Forgives. I had no idea how Drive would be accepted. I don’t think about it.”

Cinephiles will have a field day dissecting his new film’s multiple influences and references, which include everything from Under The Skin and 1982 cult classic Liquid Sky to works by John Waters, David Lynch and David Cronenberg. Winding Refn prefers the audience to discover them. “References are more fun for other people to see,” he says.

The director recruited some female perspectives for the script: UK playwright Polly Stenham and US writer Mary Laws. After devising the story, he collaborated with Stenham before moving on to work with Laws, asking each to focus in particular on character and dialogue. He enjoyed the energy that was injected into the script with each ­collaborator.

“It’s a bit like working with a performer,” he says. “You collaborate with them in a way that’s very egotistical, you consume what you like and then you move on.”

He also acknowledges that he is not a director who religiously follows a script once production starts. “Because I shoot in chronological order, I’ve probably never done a movie that hasn’t mutated 50% in that shooting process,” he says.

Casting his leading lady was crucial — and Fanning shows a new maturity and ­calculated coolness as Jesse. “The way I approached casting that role, there were going to be two options: either it was going to be an unknown or it was going to be Elle Fanning,” he says, explaining that his wife had been impressed after seeing the actress in Sally Potter’s Ginger & Rosa. “Elle was born with it; she just has it, visually,” he says. “Also, in terms of a performer, she is just unique. I’ve never met somebody like her. The character was written as a 16-year-old girl, and Elle was 16 when I cast her. You try to find somebody that could be a great version of what you want to do.”

The Neon Demon continues Winding Refn’s collaboration with Cliff Martinez for the composer’s most evocative score yet — some of the music is dark electronica, some has a twinkling quality that alludes to the otherworldly fairytale feel. “Cliff Martinez was really important,” the director says. “At some moments in the script, I would just write, ‘This is where Cliff comes in.’”

Producer Borglum, who started collaborating with Winding Refn in 2008 on Valhalla Rising, knew about the director’s love for horror from when they first met in Copenhagen 25 years ago.

“We had a group of friends who would sit and watch horror films, all kinds of genre films,” she says. “There’s something about taste and what we consider interesting that Nicolas and I have never disagreed about.”

The Neon Demon was the first film ­Borglum has produced in the US. “It was a ­challenge on this budget [an estimated $6m], because everything is a lot more expensive and complicated,” she says. “The first thing people said was, ‘You can never get more than five weeks in Los Angeles,’ and we got almost eight weeks. We were minding the rules but really trying to squeeze out everything that can be squeezed in order to focus on the creative side.”

Costs were kept down through smart logistical planning, such as not changing locations during a single shooting day (the film was shot almost entirely on location). “We try to use things that are in the place where we shoot,” says Borglum. “We brought over very few Europeans for the shoot, only very core members of his fixed team — basically ­Nicolas, myself, the line producer [Carsten Sparwath] and the editor [Matthew ­Newman]. Everybody else was local.”

Danish crews tend to be smaller than US crews, and the Space Rocket way of working is typically to have a lean team that plans carefully, to keep costs down. “It was quite refreshing to say, ‘That’s not how we do it, we do it like this,’ and then find a common way,” says the producer. “The American crews are very good, very experienced; they really know what they’re doing.”

At Space Rocket Nation, the boutique Copenhagen-based production company owned by the pair, the rule is that Winding Refn has total creative freedom. “My job is to give him the framework [for creative freedom],” Borglum says. “He says, ‘I want to do this next, how can we do it?’ And then we find solutions for the financing.”

things, but together they can do the whole ­package,” Borglum says. Amazon Studios has the North American rights to The Neon Demon and Scanbox will release in Denmark on June 9.

Borglum and Winding Refn will next produce the remake of Maniac Cop,

which will shoot later this year in Los Angeles with John Hyams directing. ­Winding Refn has not decided on his next directorial effort yet, but has both feature films and TV projects in development. Whatever is next, it is sure to push boundaries. “It would be boring to repeat yourself,” he says. “It’s too easy.”