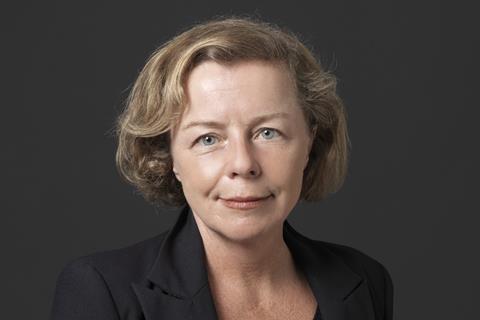 Oeke Hoogendijk is the homegrown favourite at this year’s International Documentary Festival Amsterdam (IDFA). The director has two films screening as world premieres at the festival, both eligible for the best Dutch film award. They are entirely different from one another.

The Treasures Of Crimea tells the very embroiled story of how a Dutch museum became involved in a bitter dispute between Russia and Ukraine. The documentary, produced by Zeppers Film, will be released by Mokum.

Hoogendijk’s second documentary, which she produced through her own company Discours Film and which will also be released by Mokum, is far more personal. Housewitz (Tjuiswitz), screening in the new IDFA Envision competition, is a profile of the director’s own mother, a Holocaust survivor. She is a formidable film character, a little like the matriarch in the Maysels brothers’ classic documentary, Grey Gardens. An agoraphobic, she never leaves her apartment, relying on her daughter to buy her groceries and cat food. Clearly haunted by the past, she relaxes by listening to house music.

“I’ve seen many films on the Holocaust but this is about how my mother lived daily with that,” the director tells Screen.

How did you shoot Housewitz, given it was about your own mother?
My mother agreed to make the film but because she was a hermit, she found [the filmmaking] intrusive. She was sleeping in the living room. She told me several times ‘I don’t like this.’ Then, she herself came up with the idea of having a webcam in the room so she could film herself. That was actually a very good idea.

Your mother memorably talks about the food in the two concentration camps. It was disgusting in Theresienstadt but she liked the goulash in Westerbork. Did it surprise you, that she had something positive to say about a camp?
I know that my mother had a very good memory. Westerbork was the transit camp in Holland. I am sure that they could have found kohlrabi and made the food themselves in the kitchen. I believe that she’s right, probably there was a good goulash. That’s what I like about my mother. Not many people would say this because it doesn’t fit with the idea that you have of a camp.

How did the film come together?
I started in 2007. I was with a producer and then we got a little money. But I didn’t have any name at that time. We started out with hardly anything.I found some extra funding from small Jewish funds but actually this film was made with hardly any money. Finally I took it over and produced it myself. I wouldn’t want someone else to become the owner of the film because it is so personal.

How did you navigate your mother’s cat which features prominently in the film?
When I was born, my mother had 21 cats. We lived on the canal and we had a whole house with a garden. The garden was a place where the cats used to do their….. business. We then managed to make my mother have one cat because we didn’t want her to have so many. But I have always loved cats. I grew up with cats. 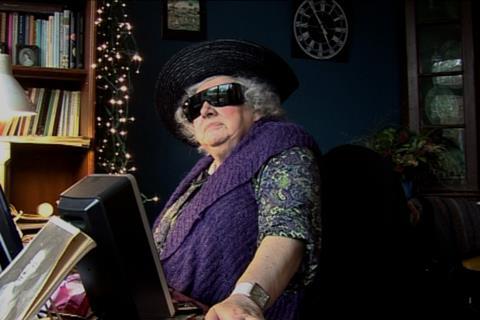 Your mother talks about having maids when she was younger. Was she from a wealthy background?
My grandfather, who was murdered in Auschwitz, he was a doctor. It’s true also that the family of my grandmother was well- to- do. I know that they spoke French at home. Assimilated Jewish families [in the Netherlands] thought it was chic to speak French.

How did your mother discover house music?
My mother didn’t go out but she was always listening [to music]. When you came into the room, there were many radios on, televisions and the computer. She found this house music from DJ Tiesto. Then, she told me it’s relaxing - I enjoy this so much. At that moment, she was around 90 years old. I thought this might be an interesting scene for the film.

There are some moments when your mother seems very content in her isolation.
You’re totally right. It is exactly that. She says it a certain moment. I am the happiest when I am alone, the food tastes the best when I am alone. All of that is true. Some people really are meant to be alone.