‘Portrait Of A Lady On Fire’ director Céline Sciamma: “Cinema is a very misogynistic world”

With her fourth feature, Céline Sciamma is embracing her power ― through her stories, on set and by challenging the status quo. Screen speaks to her about Portrait Of A Lady On Fire. 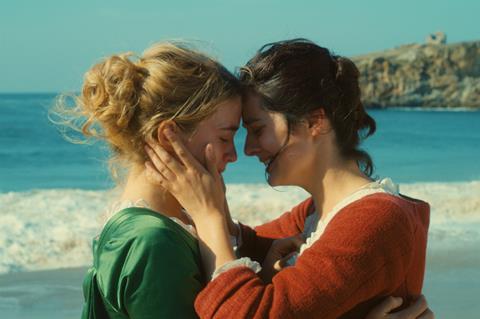 Writer/director Céline Sciamma’s Portrait Of A Lady On Fire may not be France’s Oscar candidate for international feature film (Ladj Ly’s Les Misérables was chosen instead) but it can nevertheless compete in the equivalent categories at the Golden Globes and Bafta Film Awards. It is also among the best-reviewed arthouse films of the year.

Handled in the market by mk2 Films, it has sold all over the world and won Sciamma a best screenplay award in Cannes as well as a Queer Palm. Slated for release in the US on December 6 and the UK on February 28, it is a period drama set in the late 18th century, but has a very contemporary resonance. In the film, a portrait painter, Marianne (Noémie Merlant), tells her students the story of how she came to craft her very striking and unusual painting of “a lady on fire”. Years before, she had been summoned to a remote Brittany island to paint a young, aristocratic woman, Héloise (Adele Haenel). Héloise is headstrong and rebellious, and fiercely resistant to the marriage plans her mother (Valeria Golino) is making on her behalf. The attrition between Marianne and Héloise is obvious ― but so is their mutual attraction.

Interviewed at Filmfest Hamburg, Sciamma acknowledges she had never before made a costume drama but approached the project in exactly the same way as her previous, contemporary-set projects, Water Lilies (2007), Tomboy (2011) and Girlhood (2014), which all deal with aspects of childhood and adolescence.

“I really thought about it as exactly the same job,” Sciamma declares. “Cinema is always about reorganising, making choices about what you are going to look at. Whether it is contemporary or the ancient world, it’s basically the same job.” Directing, Sciamma continues, is about making “strong choices”. The difference on a period drama is that the director imposes an even “higher level of intervention”. 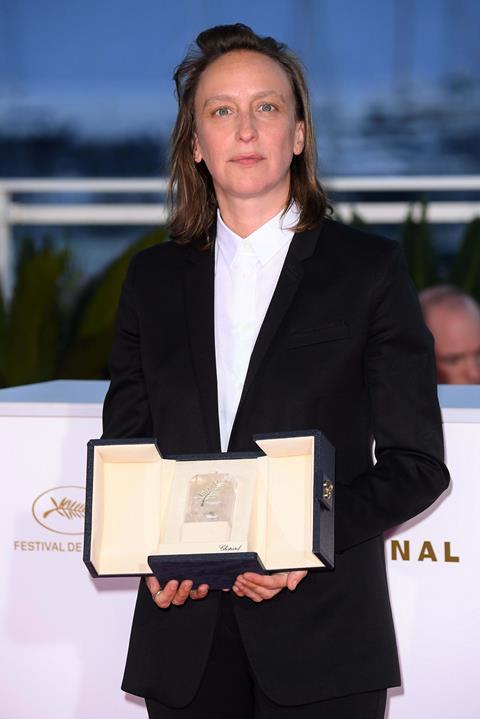 Sciamma was determined to avoid anachronisms. She wanted her characters to have pockets in their dresses. Friends told her this would be far too modern and not true to the period. It would be as if she were “winking” at the audience in the same way Sofia Coppola had in her historical drama Marie Antoinette (2006). However, Sciamma discovered in her research that 18th-century dresses did have pockets… at least until they were “forbidden” on the grounds “women shouldn’t hide anything”.

Pockets, in other words, are a feminist issue. “I am always trying to question the convention and to propose new images,” she says. “Sometimes it is about correcting our vision and re-educating our gaze.” Sciamma was also trying to move away from traditional filmic representations of the relationship between the artist and model. As she puts it: “There is no muse, no fetishised, silent woman in the room.” She was attacking the traditional “mythology of the objectified woman”, seen always from the men’s point of view.

The director visited the Louvre museum with director of photography Claire Mathon and artist Hélene Delmaire, responsible for the paintings that appear in the film. They looked at 18th-century art and tried to work out what style Marianne/Delmaire should adopt. They paid particular attention to paintings by women, among them Elisabeth Vigée Le Brun (a portrait painter to Marie Antoinette who took a subversive approach to her craft), Adélaïde Labille-Guiard and Marie-Guillemine Benoist.

There were hundreds of women artists in this period but relatively little of their work is in public collections. “It was a flourishing art scene and they [women] were very successful, but we haven’t been told that story,” Sciamma notes of the subtle chauvinism that has sidelined so many women artists in art history.

The director had collaborated with her lead Adele Haenel on Water Lilies and has remained close to the actress. (Haenel was in the news recently when she accused director Christophe Ruggia of sexually harassing her when she was a newcomer to the business.) However, this was the first time Sciamma had worked with adults and a fully professional cast, rather than with children and adolescents. “It was a different dynamic because, when you’re working with kids, you have to put up with their limits — they are not actors… sometimes you can be a little alone with the project.”

Sciamma thoroughly enjoyed making Portrait Of A Lady On Fire. “I have never been as happy on a set,” she says. “On cinema sets, there is a lot of hierarchy. You [as a director] have the power to create the atmosphere you want. Now, I am much more aware of that ― what you do with your power.”

Sciamma was obsessed with making Portrait Of A Lady On Fire into a love story about equality. “There was no gender domination because it was two women. But there’s also no intellectual domination.” The director talks of “offering a new experiment, a new experience to the audience. If there is equality, there is not all the usual conflicts. We are putting the audience in a new, active position.” She also talks of “changing the dynamics of power”.

That phrase could be applied to Sciamma’s role in helping organise the protest against gender inequality held at Cannes Film Festival in 2018. “We are putting up a fight. I am one of the founders of the 50/50 movement that organised the climbing of the stairs [at the Palais des Festivals in Cannes],” she notes. She is determined this is “taken seriously” by festivals and is not treated as a token campaign — “the last question at the press conference”, as she puts it.

“Cinema is a very misogynistic world,” she adds. “The critics’ world is very male-dominated and sometimes we can definitely feel the sexism in our reviews.”

Did this apply to Portrait Of A Lady On Fire? Sciamma nods affirmatively. “You are not taken seriously… but I think it is because they take you seriously that they don’t take you seriously,” she says of the dismissive treatment that reveals as much as anything the insecurity of those within the industry who still want to keep women on the margins.