One of Spain’s most successful actors, Antonio de la Torre talks about the joys of working internationally and the one piece of advice that Screen’s inaugural showcase of Spain Stars of Tomorrow should take on board. 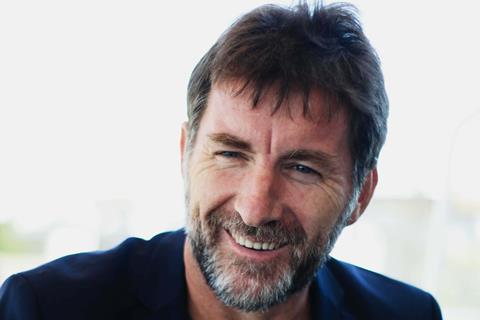 A star in his home territory, he appears regularly in international film and TV. In his mentoring role, de la Torre will offer advice based on his career experience and insights into working with the international film industry. “They can call me at any time,” he says of the Stars. “I’m so happy to have been designated their mentor, there’s so much up-and-coming talent in Spain.”

Always in demand, de la Torre has enjoyed a quiet summer as a “stay-at-home dad” — a role he longed for in a profession that involves so much time spent away from home. “Look for a balance between providing, being present to your loved ones and looking after yourself — like in any line of work, if you count yourself lucky and you have a job,” he advises the Stars.

The versatile actor has worked with Spanish filmmakers including Pedro Almodovar (Volver, I’m So Excited!), Alex de la Iglesia (The Last Circus), Pablo Berger (Abracadabra) and Rodrigo Sorogoyen (The Realm, May God Forgive Us) and starred in critically acclaimed local productions such as Marshland, The Endless Trench and The Fury Of A Patient Man.

His international credits include The Ink Factory’s The Night Manager, The Spanish Princess from Playground and All3Media’s New Pictures, and Australia-set feature Chasing Wonders directed by Paul Meins. He is the most Goya-nominated actor in history, winning best supporting actor for Dark Blue Almost Black in 2007 and best actor for Sorogoyen’s The Realm (aka The Candidate) in 2019. 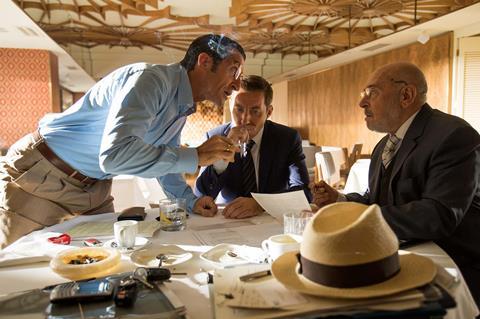 De la Torre studied acting in Madrid at the Cristina Rota school for the performing arts, whose alumni include Penelope Cruz.

“They taught me things I only truly appreciated years later,” he says. “I lost my parents when I was young. At the school, they told me it usually takes years before you can use dramatic events in your life for your work as an actor. With time, I realised what they meant. I think about my mother so often when I’m working. The idea of truly feeling like an actor also came later.

“Using your emotions and being true are the things young people taking their first steps in the business will take time to learn,” he suggests. “I guess the advice I give the Stars of Tomorrow selected by Screen will also take time to settle with them.”

De la Torre has not shied away from tough physical performances — he gained, and then lost, weight for Daniel Sanchez Arevalo’s 2009 comedy-drama Fat People (Gordos) — nor characters who face dramatic physical challenges. In Alvaro Brechner’s 2018 Venice premiere A Twelve-Year Night, he played Jose Mujica, a brutalised political prisoner who went on to become Uruguay’s president.

The Endless Trench, about a man who hides in his home for decades to avoid Franco’s repression and a sure execution after the Spanish Civil War, was also a demanding role. The feature, directed by Aitor Arregi, Jon Garaño and Jose Mari Goenaga, won the best director and best screenplay awards at San Sebastian in 2019.

De la Torre’s recent credits include Cesc Gay’s Stories Not To Be Told, as a man going through a tough break-up, and Giordano Gederlini’s Entre La Vie Et La Mort, a French-language ensemble that shot in Belgium in 2020.

“Gederlini was born in Chile and speaks Spanish, so he had seen me in plenty of Spanish films,” de la Torre says of his casting. “It is a gripping thriller and I liked the story, but when he offered me the part of a Brussels subway driver I said, ‘That’s great, I’m on board, except for one detail — I don’t speak French.’ But that didn’t change his mind. He said I would have a coach and my accent would be justified because the character is Spanish.

“It was hard, but what the audience really cares about when they watch you is the result,” he continues. “Some people in our profession even do a good job reading their lines from cue cards, and the audience would never guess.” 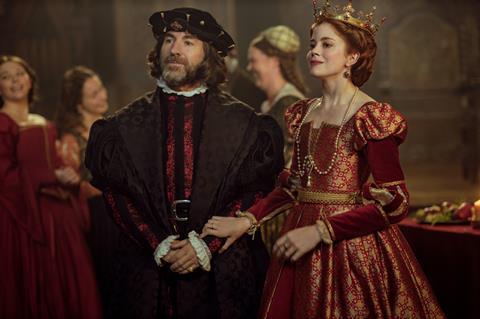 De la Torre is unfazed by non-Spanish-speaking roles. What is important, he says, is the emotion.

“I always perform not only in Spanish, but in Andalusian in particular. Not in the words that come out, but in my head, because you go to your emotions, and emotions are essentially linked to your childhood. Once you master that, with technique and experience you can translate those emotions into other languages.”

One of his biggest challenges, he says, was making A Twelve-Year Night, shot in Spanish but requiring a Uruguayan accent and a degree of improvisation. He urges Screen’s Spain Stars of Tomorrow to embrace international roles.

“Whoever you work with or where, there’s an international code of filmmaking that makes you feel at home everywhere. When I think about productions like The Night Manager, the first thing that comes to mind is how similar shoots are, no matter where you are or what language you work in.”

Irrespective of local or international productions, the best advice he feels he can give is: “Empathy. Really take notice of the people around you, put yourself in their place. The success as an actor, as an author, has to do with connection — to the characters, the story, the crew. When choosing your projects there’s no magic recipe, sometimes things that look like a good bet are not and vice versa.”

De la Torre pauses, switches to the Uruguayan accent he used in A Twelve-Year Night, and quotes Jose Mujica: “When you buy something you pay with money, but that money was won with your time. There are no supermarkets where they sell time, so choose wisely in what you are going to invest your life. Don’t waste your life on what you don’t believe in.”

Believe, and continue on through the challenges. De la Torre recalls working on The Fury Of A Patient Man by Raul Arevalo. The first-time director — and actor friend — used unconventional methods for a key scene, as the titular patient man (de la Torre) is consumed by anger.

“As soon as they said ‘rolling’, Raul gave me a drink, so hot and vile that we called it ‘Satan’s potion’. Then he slapped me as they called ‘action’. I’m there, burning, and to make matters worse I feel a heat on my leg and he’s there holding a lighter. I was literally fired up.

“I got a Goya nomination. Had it been in English I would have received an Oscar nomination!” he says with a laugh. For the record, the pair remain good friends.