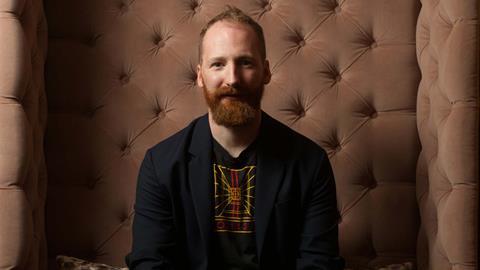 David Macpherson eschewed the normal advice for aspiring writers to first try and create something small and easy to make. He went to see a talk delivered by Charlie Brooker, the creator of sci-fi drama anthology series Black Mirror.

“I remember Brooker said, ‘Do the maddest thing that you absolutely want to see the most, because who knows?’ So that’s what I did,” says Macpherson. In early 2019, he began work with Wild Mercury Productions on The Rig and ended up landing one of the first Amazon Original series to be greenlit in the UK.

The six-part supernatural thriller, about an oil rig crew who find themselves stranded without any means of communication, was the first production to use the newly opened FirstStage Studios facility in Leith when it filmed last year. Macpherson says his childhood love of the Alien franchise was an influence on the show, which streams later this year.

Originally from Ardross in the Highlands, Macpherson has had a gradual ascent to the screen. After a series of jobs including as a youth justice researcher for Police Scotland and as a caseworker for a member of Parliament, he returned to university in 2013 to study environmental policy, not confident enough in his screen­writing to apply for film school. The only formal training Macpherson has undertaken is a short course with the National Film and Television School and an evening course for aspiring writers.

“I was writing specs, I was entering competitions. I didn’t win but being shortlisted for the Red Planet script prize was a great boost that sent me off to do my next spec,” he says.

After Red Planet, Macpherson was shortlisted for the Edinburgh TV Festival’s New Voices Award, and “the gradual build-up of not quite but almost success made me think, ‘Hey, I might actually be able to do this.’”

He now has further TV projects in development with Balloon Entertainment, Kudos and the BBC, and is pitching a screenplay with Matt Charman’s Binocular Productions to US companies. Based on a true story, it centres on a group of US disability-rights activists in the 1960s and ’70s who called themselves The Rolling Quads. Macpherson has also published a comic fantasy novel and still dips into performance poetry after taking his show Odes To Joy to Edinburgh Festival Fringe in 2018.