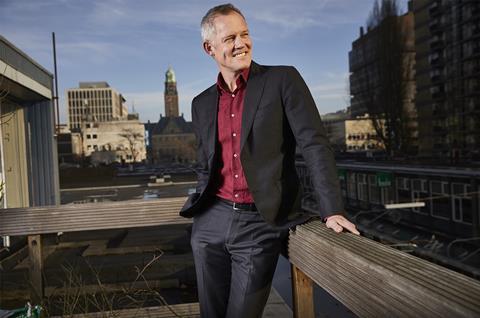 With the 2018 International Film Festival Rotterdam (IFFR) coming to a close, Screen caught up with artistic director Bero Beyer to reflect on this year’s event, and discuss what might be next for the festival.

Screen: With the festival coming to a close this weekend, what stands out for you about IFFR 2018?

Bero Beyer: It is hard to say where to begin when you do a festival that is as broad and spectacular as the one we’ve had just now! [But] launching our own SVoD platform, IFFR Unleashed [has] been amazing. It’s almost ridiculous that we’re doing it.

Why was IFFR Unleashed so important to you?

As one of the biggest festivals, it’s our responsibility to be doing IFFR Unleashed. We should be figuring out stuff. On our own VOD platform, we can put the context of the festival alongside the film itself. If there’s a film like Pity [directed by Babis Makridis], his previous film premiered here so we can put that on IFFR Unleashed as well.

The serious part is that the independent cinema world won’t fix itself easily. There are fierce powers of money, marketing, economics, with youth going elsewhere, to TV etc. These are not always a good development for artistic cinema [so] we need to pick up the slack.

How have the attendances been this year?

We publish the numbers in two days. We can say for now that I’ll be very disappointed if we haven’t had a slight bump in attendances.

But it is not just about quantity. Of course, we want to grow and reach more people, but we must do that by not making any compromises, which is the calling card for our festival. We won’t programme a film just to lure people in.

It is also a challenge to make sure that the audience is as diverse as the city. Half of Rotterdam is of non-Dutch heritage, so they should be able to see themselves on screen. That is more important than the quantity of people coming in. We only want to grow if we can stick to our principles.

You revamped the CineMart co-production market, with a paired down number of projects (16 compared to 26 last year). How did that go down?

CineMart was not pared down, it was pared up! With CineMart we said ’we need to do more, but for less projects’.

There are lots of co-production markets now, everybody has copied the model, so we need to be smarter in the way that we integrate our approach to every single project, whether its Hubert Bals funded, in CineMart, or in one of the distribution schemes. We think it’s not smaller, but more focused and intense.

There are so many films being made, so many ideas and some mediocre ideas, so we think it’s important to be able to push all of our strength and passion behind the ideas that need to stand out.

What are your plans for next year and beyond?

We are finding more ways to expand what we do throughout the year; through IFFR Unleashed, through what we programme in cinemas and by organising debates. How can we take the dialogue we have, 500 films, so many guests, discussions, and ensure the discourse doesn’t end? For example, this summer we’ll take part in the Europe Endless Express, which is a cultural festival on a train that goes through Europe.

Programming-wise, what I’m proud of is the way we’ve experimented with themed platforms this year, [such as] the Perspectives - A History of Shadows section and Pan-African Cinema Today (PACT). I want to continue on that mode. It’s a beautiful way to create a bigger space for films that can sometimes get washed over.

How can the type of films you show at IFFR find a bigger audience?

The fact is we are bringing edgy films to full halls. If we bring a debut picture from China people will come to see that film. But there is a frustration that this is not a given everywhere.

When we show films to younger crowds, because the films are diverse, because they are real and don’t treat them like popcorn consumers, then there really is a connection. Hopefully the IFFR Unleashed platform will be a next step, because it gives you not just the films but more.

At the [festival’s] Reality Check conference, I did a speech that said: ‘imagine in 20 years’ time a wasteland of independence cinema with only 5 films being screened on all screens’. We spoke about this over two days, but we don’t have all the answers yet.

How can film festivals work better together?

Important question! The concept of a festival works. In ‘festival land’ all is well. But what you see is that not only are there many festivals, but that arthouse cinemas are creating spaces that are like mini festivals.

It’s getting crowded, so we should be talking about better collaborations between festivals. I think there’s untapped potential between festivals to work together and realise we are in the same boat.

I think there are also always discussions about the quality and value of the ‘world premiere’ - how long is the film’s life?