Josh and Benny Safdie discuss their new Cannes competition film, the Netflix row and A24. 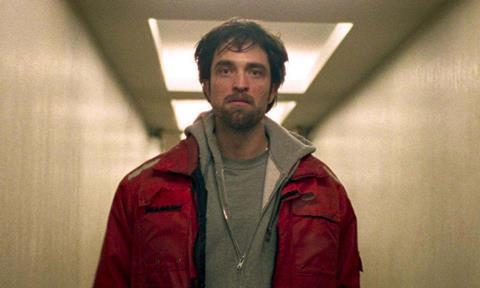 Benny and Josh Safdie are in Cannes Competition this year for the first time with Good Time, having previously featured in directors’ fortnight with The Pleasure Of Being Robbed and Daddy Longlegs.

Their latest stars Robert Pattinson in what the actor called a “mentally damaged psychopath, bank robbery movie”.  Screen spoke to the duo (pictured below).

How did you react to being selected for Official Competition?

Josh Safdie: In Robert Pattinson’s house in LA he has an incredible, expensive toilet. After sitting on it for 20 minutes I said to him ‘that’s the dream’. He says: ‘if we get into Cannes Competition, I will buy you that toilet’. Six hours before the [Cannes] announcement… Rob texts me a picture of the toilet. That’s how I found out!

JS: We were dead set on this other film which we’re now doing called Uncut Gems, and [our last film] Heaven Knows What was about to be released. Robert [Pattinson] saw a still for that and something spoke to him about that, the colours, the image itself, he became obsessed with getting in touch with us. Then he saw the trailer and said: ‘now I need to meet with you’. Then he saw the film and said explicitly ‘whatever you’re doing next, I want to be a part of it, even if it means doing the catering’.

He didn’t sit in the diamond district world very well [for Uncut Gems], I was honest with him about that, and there was another world we were mulling, and we said maybe can write something for you in Good Time.

What was it like to work with Robert Pattinson?

Benny Safdie: I have so much respect for how deep he went, the places he went, the people he met, just his level of commitment, 16 hours a day, he was willing to do whatever. It was cold, I was playing the brother in a wheelchair, and we said to him ‘we don’t need you for this shot’, but he would stay and push me around in the cold. He said: “I need that, to take it that far”. He went above and beyond.

JS: We bought Rob to a lot of active jails. He turned up in character in the hope that he inmates wouldn’t recognise him as a movie star. We pushed our start date on purpose in an effort to buy more prep time and I would say there was three to four months of character prep for him, which is a lot for a movie star in his career.

How would you describe his final performance?

JS: I wouldn’t even call it a performance. If you were to show the film to someone who has no idea who Robert Pattinson is, they would just assume that we found this guy. The only performances that I could liken what he did would be to an Al Pacino in Dog Day Afternoon or Tommy Lee Jones in The Executioner’s Song or Robert De Niro in Taxi Driver. I’m mentioning icons of my filmic mind. This is what people will liken this to, it’s a transformation.

Personally for him he wanted to disappear. When he was fully in character, in costume, in make-up and when he knew his voice, he would just take a walk around the neighbourhood, simply because normally he can’t do that. He would walk into a pharmacy and buy a Coca Cola and no-one would say anything to him or look at him, or take a picture of him, and that’s how he knew he had the character down.

Moonlight distributors A24 have US rights to Good Time, what were they like?

JS: They approach film as if they’re part of factory line of seamstresses who are trying to sow together a tapestry of the zeitgeist. They think of movies not as movies but as cultural events, they only care about distinction. In their office once I asked: ‘what does that guy do?’ - he was just looking at numbers. I was like ‘box office numbers?’ And they said ‘no, statistics of life’. I’m very impressed by them.

BS: They don’t have a specific model that they willingly attach to each film, they treat each film as object of preciousness and they tailor everything to that world. They become the films, they put a lot of love and care to trailers and everything that goes out there and that’s a very unique thing.

What do you think of the Cannes/Netflix row?

BS: We don’t have an opinion on that really. However people want to see movies they can see movies.

JS: I’m an extremely romantic person and I’m always going to prefer to see a movie in a theatre, but that said one of the most memorable experiences I’ve had in the last 10 years of my life was doing research for Heaven Knows What and I was on the street with a homeless kid and we watched an entire film on my cellphone.

Romance exists on every platform, but I personally find the dark room with a bunch of strangers so exhilarating and unique in this day and age because people genuinely unplug to engage with your work. When you’re at home and you’re streaming something there’s a tendency to be a little bit more casual in your viewing. That’s fine if that’s how you want to watch.