Sandi Tan on Sundance doc 'Shirkers': ‘I was trying to think of it as an exorcism.’

Singapore-born US filmmaker and novellist Sandi Tan tells Screen how her World Cinema Documentary selection Shirkers unravels a decades-old mystery about the fate of the indie film she and her friends made back in 1990s. 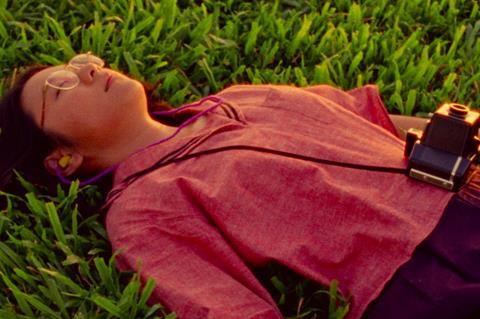 As a precocious youngster growing up in Singapore, Tan and her friends Jasmine and Sophie admired the can-do spirit of US independent filmmaking and planned to shoot Shirkers, a thriller written by the young Tan in which she would star as a female assassin.

Under the tutelage of mysterious American film school teacher Georges Cardona, who agreed to direct, the youngsters shot the film, guerilla-style in the 1990s. Then Cardona disappeared with the 16mm footage. Years later Tan, now living in California, began to receive boxes of footage from Cardona’s widow sent and set about reconstructing Shirkers – and her life.

Shirkers premieres on Sunday at 11.30am at the Egyptian Theatre and screens again on Monday, Tuesday, Thursday, and Friday. Submarine handles sales.

So you’re a grown woman living in California with this heart-wrenching experience from decades ago. Did you ever think you’d see the footage again?
I had lost all hope and was preparing to debut my doorstop of a novel [The Black Isle, which would be published in 2012]. I had been exchanging emails with George’s widow and we were filling in the blanks of what happened. In late 2011 she began sending me these boxes of things. Every week I would get several boxes of storyboards, scripts, every piece of paper that he had kept. Those boxes sat in my living room for three-and-a-half years. It was like a ghost. I’d piled the boxes up and they formed the shape of a tall person in my living room, staring at me for all that time.

What happened next?
Finally in 2015 my husband said I had to do something about them, plus I was worried about the celluloid being a fire hazard. I looked for a post house and found this place in Burbank called Modern VideoFilm. They’d worked on the Douglas Sirk films and The Grand Budapest Hotel, so I knew they would understand the palette. George and I had shot the entire exteriors at ‘magic hour’ because he loved the work of the cinematographer Nestor Almendros who had worked on Days of Heaven. George had wrapped every roll of film in black plastic before putting them in their own cans, so when Modern VideoFilm opened them up they were shocked how pristine they were – it looked like it was shot yesterday. They did a transfer and a simple pass and that was that. 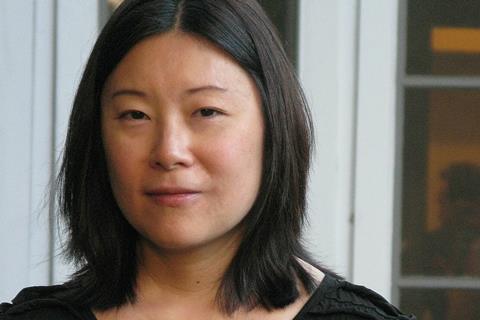 Sandi, you and I bumped into each other two years again in Sundance when you told me about this amazing story. What stage were you at then?
It was 2016 and I had got back the footage and was in the Sundance Documentary Fellows programme. I’d cut together a trailer and Sundance arranges all these meetings for the Fellows, so I was taking meetings with Brit Doc and Cinereach. That was the thing that got the ball rolling for me and that was the project [Cinereach] wanted. Most documentary funders are social issue funders and I didn’t qualify for them, but I got the Post / Doc Society Genesis Grant and Cinereach awarded me two post-production funds over the course of a year-and-a-half. I also got a development grant and post-production grant from Sundance.

How did you fund the rest of the doc, which is made up of sumptuous original footage from Shirkers and present-day interviews with yours friends and collaborators Jasmine and Sophie?
The rest came from my money. After I got the footage back, I thought if I didn’t put in the vast amount of money required to get it scanned in 2K and transferred to digital there would be nothing to show: it would be me talking like a crazy person with no proof [of the existence of the original film].

When did you do the on-camera interviews with Jasmine and Sophie? How did they feel about revisiting this saga?
That was in 2015. Sophie was fine because she is sane and lucid. Jasmine is a diva, full of energy. We were fighting on camera so much in those interviews. She still thinks I am to blame for the loss of Shirkers because I didn’t listen to her when she told me George was a creep. But it’s OK – she’s here now and we’re going to have a good time.

Georges never returned the audio tracks to you. Why did he behave the way he did?
I’m sure he threw those away because he never wanted us to release this film. He never thought we would make this film and would never get the cast, the equipment, the crew. But we were kids and went out and did this and suddenly he had to lead and direct it. He had never directed in his life and when this thing was done he was so paranoid about us getting the credit. He was afraid for this to be real. He did that to Steve’s film [Steve Tyler, another interviewee and former associate of Cardona seen in the documentary] and to others whom he taught in New Orleans.

How do you view the whole episode now, and Georges in particular? You were very close when you made the film, as you are not afraid to show in the documentary.
It’s OK. For the longest time I was trying to think of [this process] as an exorcism. I don’t think of him as a villain. Maybe it’s the wisdom of living another 25 years and having moved on. I was so angry at him for stealing my youth and my dreams and my life. But I think of the things I got from him – the conversations about film, the French New Wave, and this feeling that it’s OK to be obsessed with movies. I got a love of storytelling from him and it’s never left me.

What did you feel when you saw the original footage again?
I didn’t want to touch this film because I was so horrible in it. I’m not sure where it will sit in my mind and the history of Singaporean cinema. Shirkers [the film in the festival] is not a Singaporean film because I am here in the US and so much of this story happened after I left Singapore. It just begins there

Will you ever release the original film?
It’s not going to work as a film. Maybe it will be a DVD extra. If an adventurous and creative filmmaker might join with me to think about tackling this, putting new touches on it, that might be an interesting 75-minute DVD extra. The story is interesting and people gave great performances. Besides me, there were other people on the film and they’re really good. None of them were previously actors and their lives might have changed.

What are you working on next?
I have planned to turn my novel into a 10-part series with [Shirkers] producer Jessica Levin. It’s an epic novel: a first-person story, a coming-of-age tale about a young woman who grows old during the course of the book. It’s 20th century southeast Asia through the eyes of a ghost-hunter.