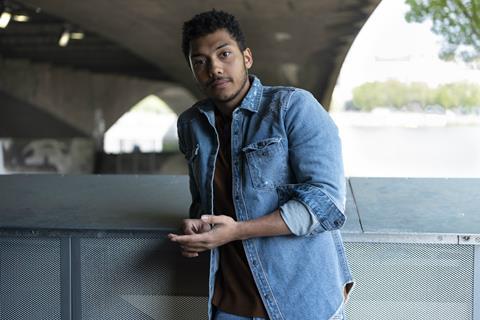 It was a self-tape audition for Netflix’s Riverdale that brought Chance Perdomo to the attention of showrunner Roberto Aguirre-Sacasa. Perdomo did not get that role but when Aguirre-Sacasa came to casting Chilling Adventures Of Sabrina in 2018, also for Netflix, he had the ideal person for Sabrina’s cousin Ambrose Spellman. “He said he wrote the role with me in mind,” says Perdomo.

The actor describes the part as “a funny, Jimi Hendrix, Bowie-esque warlock” and spent five months in Canada filming with Kiernan Shipka, Miranda Otto, Lucy Davis and Michelle Gomez in 2018. He is shooting season two until February 2020.

The supernatural spectacular is a world away from Perdomo’s breakthrough role in BBC TV drama Killed By My Debt, which earned him a Bafta TV nomination for best leading actor. He played a bicycle courier whose life starts to slide when he receives two traffic fines, in the dramatisation of a real-life tragedy. “I isolated myself for that role,” Perdomo reveals. “I tend to take characters home, obsess about them and go as deep as I can.”

He saw in the drama a thread that runs through his work: “Everything I’ve done professionally has concerned matters of life and death.”

Los Angeles-born Perdomo grew up on England’s south coast, in Southampton, and has dual UK and US citizenship. He trained at the National Youth Theatre in 2015, and then at London’s Identity School of Acting (IDSA) the following year. As a “kinetic learner”, he benefitted from IDSA’s innovative approach. “If you stand aside and let the character come to you, that’s when the magic happens.”

Actors he admires include George Clooney and Dwayne Johnson, those who combine filmmaking with activism. “I like that you can be given a platform,” says Perdomo. “I look forward to seeing how I can best implement that platform.”