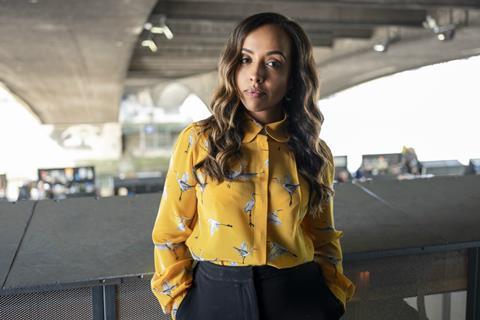 Growing up in Sudan, Nadia Latif moved to the UK at the age of 14. After completing her drama degree at the Royal Academy of Dramatic Art (RADA) in London, she embarked on a 12-year career as a theatre director. This included a stint as associate director of London’s Young Vic under artistic director Kwame Kwei-Armah, working across programming and commissioning of the venue’s theatre season, as well as a project focused on short films.

Latif says cinema played a huge roll in her childhood in Sudan, and in 2016 she applied for Network@LFF, the BFI’s professional development programme at the BFI London Film Festival. All of the participants that year were filmmakers of colour, and the initiative coincided with the organisation’s Black Star Symposium. “It was a really galvanising thing for me, realising I had a peer group that looked like me [and] was going through the same struggles, successes and anxieties,” Latif recalls.

With her writing partner Omar El-Khairy, with whom she has worked for five years in theatre, the pair pitched short White Girl to the BFI, which the organisation then backed.

The pair are now working on their first feature, a horror film with the working title Welcome, which is being produced by The End Of The F***ing World producer Dominic Buchanan and developed with the BFI and Film4. Outside of her partnership with El-Khairy, Latif is also working with a US company on a TV adaptation of a series of crime books set in the Middle East.