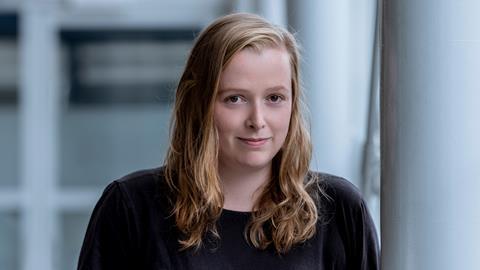 The success of Charlotte Regan’s 2016 graduation short was all the more remarkable considering her original intention when applying to study film production at Ravensbourne University London.

Her goal was to become a professional music-video director, having grown up in north London and spent her teenage years making “hundreds” of lo-fi rap videos for young local performers. “I wasn’t cool enough to be a rapper or to be in the videos, so this was the only job available.”

But her debut short Standby was selected for Toronto International Film Festival, was nominated for a Bafta and won a BFI Future Film award. Regan was now a filmmaker.

Nine more shorts have followed, as well as videos for major recording artists such as Wretch 32, Stereo­phonics and Mumford & Sons. A consistent feature of her work has been working-class characters and settings, which reflect Regan’s upbringing: in 2017’s Fry-Up (BFI London, Sundance and Berlin film festivals), a family eats breakfast before their son’s sentencing hearing; in 2018’s Dodgy Dave (Toronto and BFI London), Neil Maskell plays a drug dealer who takes his young son on his daily round. “It’s not an intentional thing to tell working-class stories,” she says. “It’s more that I don’t really know much about anything else.”

Regan did not enjoy the privilege of seeing many films growing up, but was inspired by the work of Shane Meadows (“I like how he casts people and lets them be themselves and take over a character”), and also namechecks Sean Baker’s The Florida Project and Alma Har’el’s Bombay Beach.

She spent last summer travelling around UK council estates shooting The Guardian and BFI Doc Society documentary short No Ball Games, produced by Theo Barrowclough at Michael Fassbender’s DMC Film. The experience is now enriching the child characters in her debut feature Scrapper, developed by BBC Films and the BFI, which she will shoot next summer. The 12-year-old protagonist Georgie lives on her own, outwitting social services, until the father she has never met is released from prison. “It’s a coming-of-age but in reverse,” says Regan. “Georgie is quite mature. It’s the dad who is the child.”