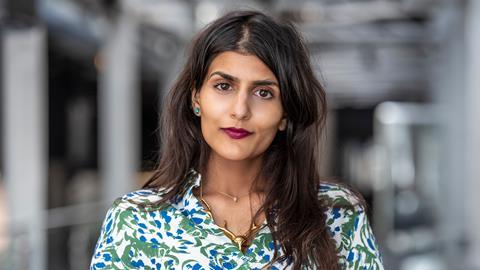 Living for three years on a Cuban farm with no internet while studying at the country’s International School of Film and TV was perfect for honing Jayisha Patel’s filmmaking nous.

“There’s nothing to do but talk about and make lots of films,” she says. “It helped recalibrate my lens of possibilities. I spent most of those three years unseeing how I saw myself and other people that look like me.”

While there, she made her first short doc A Paradise, about a local community afflicted by a suicide epidemic; the film was selected for the 2014 Berlinale.

Circle, Patel’s 2018 graduation piece from the National Film and Television School’s documentary direction MA, played at Berlin and Toronto. It shows the family relations of a young rape survivor in India. The director, who hails from Hertfordshire and is of Indian and East African heritage, insists on working with local crew to tell these personal stories. “There are all sorts of nuances in terms of behaviour you have to respect,” she says.

Patel is in development on debut feature Amazon, based on personal experience, which has received BFI Network and Arts Council England support. While the filmmaker is keeping details under wraps, she has taken inspiration from theatre, workshopping elements with young actors. “I am trying to treat the film, and its process, as if it’s a person — nourishing it, feeding it, making sure it rests.”

Notes To My Father, her 2017 VR film depicting a child-trafficking survivor and her father, launched at Sundance and won the UN Women’s Global Voices award for best 360/VR film. It was shown to policy advisers fighting gender violence at the World Economic Forum’s India Summit.

In May Patel finished a three-year spell as an artist in residence at London’s Somerset House, where she started to develop her next VR project After The Fire. “Hopefully I can honour and respect people that have come before me, in a way that also makes space for people that will come after me,” she says.