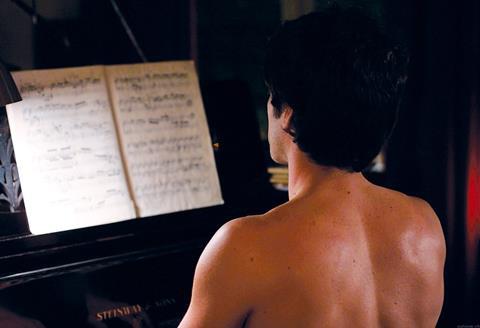 Jacques Audiard’s follow-up to Read My Lips has pace, style and attitude, and features a standout performance by Romain Duris, who is fast becoming the most versatile French leading man of his generation.

The finale is dramatically right, generated by Tom himself - one of the most memorable and striking character studies in recent French cinema.

Withits dark, claustrophobic look, this is one of those rare European films that manage to mythologise the city, turning present-day Paris into a place as bursting with edgy atmosphere menace as the New York of Mean Streets or the Los Angeles of Chinatown. At Berlin, where the film screened in competition, audiences and buyers were equally enthusiastic; at the time of writing, the only major territories which Celluloid Dreams were still waiting to close were Germany and the US. The film is set for release in France on March 16.

On one level, The Beat That My Heart Skipped is a film about fathers andsons. Tom (Romain Duris) is a hungry, aggressive real estate shark; he and his colleagues drive around putting rats in buildings to scare away the tenants, or beating up squatters with baseball clubs. We soon realise that his father (Niels Arestrup), a hard-drinking scumbag with a yellow jacket that goes with his nicotine-stained hair, is in the same line of business.

Though Tom is screwed up by the way his father uses him as a tough-guy rent collector, by the way he veers between authoritianism and sickly intimacy, he can’t help caring about - and for - the old guy as he slides towards the gutter.

A chance meeting with Mr Fox, a classical music agent and talent scout who managed Tom’s mother, a concert pianist who died some years before, awakens the 28-year-old’s long dormant passion for the piano, and provides a healthy maternal impulse to set against the diseased paternal influence. Fox offers to give Tom an audition, and in order to prepare for this hurdle, he takes lessons from Miao-Lin (Pham), a talented Vietnamese pianist who has only just arrived in Paris.

Meanwhile, his father is courting trouble by trying to force a Russian mafioso called Minskov to pay back a debt.

With his jutting jaw and his thrusting strut of a walk, Tom exudes arrogance and pent-up anger. But Duris’ performance is so nuanced that he contrives to convey the fact that this anger and the violence it gives rise to stem at least partly from insecurity and self-hatred, and that he is not quite like his crass, womanising, racist colleagues - even before this is made explicit in the script.

The subjective, handheld camerawork of cinematographer Stephane Fontaine, does a lot of the exegesis here, jigging with nervous energy, closing in on faces, and calming down only in the scenes in Miao-Lin’s flat - where Tom learns to relax, and to dialogue with somebody who is not only impervious to his testosterone-fuelled rages, but doesn’t even speak the same language.

A leap forward in time towards the end of the film is jarring at first, but although a couple of loose ends are never tied up, the finale is dramatically right, generated not so much by any genre considerations as by Tom himself - one of the most memorable and striking character studies in recent French cinema.