“There will be a lot of rules”: Berlin co-chief Mariette Rissenbeek on what to expect at the festival

The Berlinale’s co-head discusses the challenges ahead and her most highly anticipated moment of this year’s festival. 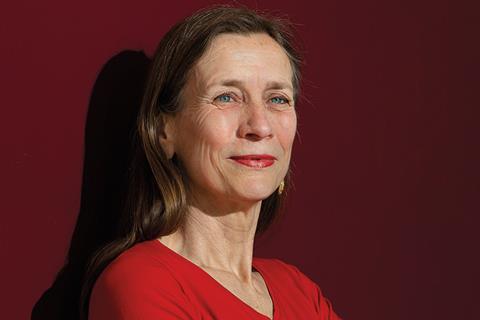 As the Berlinale goes ahead under the shadow of Covid restrictions for a second year, festival co-head Mariette Rissenbeek discusses dealing with the countless challenges behind hosting a major event during a pandemic and her most highly anticipated moment of the entire festival.

How will this year’s Berlinale feel different to a normal year?
Firstly, I must admit that there will be a lot of rules. You will have to be prepared to wear a mask during screenings and to be tested. You will also need more time to get into the cinema, which I understand may annoy people. In the past, you could quickly sneak into a screening. Now you need an online ticket in advance. Also, as we’ll only occupy 50% of seats in the cinema, there won’t be that packed feeling of all being together in a room, watching the big screen. It will be different.

Sundance took place online this year. Why not Berlin?
For the kind of films we show at the Berlinale it is quite necessary to have this in-person presentation, because the level of publicity and attention you get is different. All the independent films we show need this one moment when everyone – the audience and the press – is looking at them. Going online-only would have a completely different impact.

Did the number of films submitted differ to previous years?
There were around 10-15% more films submitted than for the 2021 edition, across feature-length and shorts. Around 7,000 films were submitted in total.

Might there have been films that weren’t submitted because of the ongoing situation?
I can imagine that some of the American studios are still looking for release dates worldwide or in Europe and so decided not to offer certain films. I don’t think the studios will be very present here because they don’t have business to attend to.

At a time when there are so many challenges associated with hosting a major film festival, what sticks out in your mind as the biggest?
There are so many. But we think about the health of our staff, guests and audience so the biggest challenge is to ensure we do our utmost to organise everything carefully and pay as much attention as possible to the health issues. It was a very big decision to hold the festival in-person and have a red carpet but we believe the films need the publicity and visibility in order to start their career. However, this means we have to make decisions daily about how to do things differently to a normal Berlinale.

What levels of attendance are you expecting?
It will be much less than usual, of course. We expect fewer than 50%.

With premieres only held during the first seven days of the festival, will there be chance for industry to catch up later?
After seven days of festival screenings, we have a further four days of repetitions where there are no Q&As or filmmaker introductions. It will only be repeat screenings. During these days, festival accredited people can still watch the films.

Why was the decision taken to introduce 24-hour testing for press?
The press moves around much more than a normal German viewer, attending films more frequently as well as press conferences and other activities so they are seeing many more people. We want to pay more attention to ensure they are tested and not a danger to others. Our staff and visiting film teams will also be tested every day because we don’t want them to get infected or carry it on.

What impact has the pandemic had on the financial security of the Berlinale?
In 2021, there was extra budget from the Ministry of Culture for cultural institutions and the Berlinale was one that suffered from the pandemic. That additional financing meant we were fine and didn’t have a loss in 2021. For 2022, we don’t know exactly yet how much we will miss so are still in discussion. But they have indicated they will give us additional support. We just need to negotiate the numbers.

What is the mood like at the Berlinale right now?
After two years of this pandemic and all the restrictions, people do feel a bit subdued. But we are very motivated and believe that cinema is very important. We believe in the importance of culture and are working hard to find solutions for all the questions on our desks.

Away from the challenges, what are you most looking forward to about the Berlinale?
I must say that I’m looking forward to the last night when everything went well. No catastrophes happened, we can award the Golden and Silver Bears and celebrate the films that we have shown. That will be my big moment. In March, I’ll take a few weeks to travel somewhere and regain my energy.

What are your hopes for the next edition in 2023?
I really hope we can hold the Berlinale in its former form – the festival and market taking place in-person. When we moved the EFM online, I know a lot of the buyers, sellers and institutions who usually have a stand at our market were disappointed because they need the networking opportunities that you have at an in-person event. I also hope we can put together a strong programme. I don’t know how the pandemic will influence the production side in the coming months or how it will influence what kind of films are made. But I hope we will have a good programme and that we can take place in-person. Those are my two wishes.