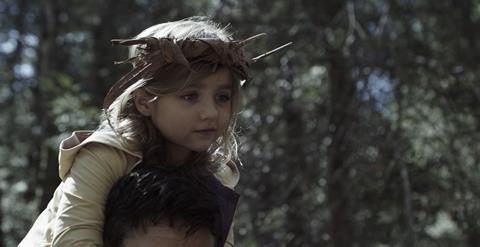 A sombre revenge tragedy of some distinction, Fell is unlikely to play at your local multiplex. Unfolding a confronting tale of raw desperation at an unhurried pace to the music of a string quartet, it resists all opportunities to cater to movie-based expectations, instead inviting contemplation of redemption and renewal, of hope in the darkness.

The drama proceeds with minimal dialogue and constant tension with memorable images of the forest through changing seasons.

Accepting its limited appeal, producer John Maynard offered a 50-hour $A9.99 ($9.37) video-on-demand download period from the Sydney Film Festival – where the film had its world premiere - website as a way of getting this outstanding portrait of life and death in forest-covered inland Victoria to a wide local audience. International film festivals are bound to follow.

Time passes, perhaps many years — Burgess and Pincus never make things easy for their audience – and Thomas, utterly bereft, self-harming and hungry for revenge, has changed his name to Chris and is passive-aggressively stalking Luke deep into the forest. The logger now has a daughter of his own, Madeleine, much the same age as was Lara.

The drama proceeds with minimal dialogue and constant tension with memorable images of the forest through changing seasons. Always to the fore are the great trees in all their ancient splendour, doomed, destined to be culled for mere planks or wood chips. Many mighty trees are felled in Fell, each an affront to the soul — to this viewer’s soul at least.