An anniversary party to savour

The 60th edition of the Berlin International Film Festival (Feb 12-21) will be marked by a citywide celebration and an eye-catching line-up comprising the festival’s favourite film-makers and emerging new directors. Martin Blaney reports 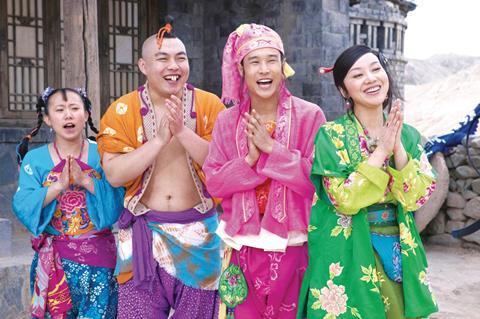 This month, the Berlin International Film Festival celebrates its 60th anniversary. According to Dieter Kosslick — who, in his ninth year as festival director, is as characteristically enthusiastic as ever — the Berlinale will bring together a number of special events in celebration.

One of the most impressive, says Kosslick, will be the giant curtain made of old festival posters, flyers and other film material, which has been created over the city’s Brandenburg Gate. It will be drawn apart on February 12 for an open-air world premiere of the restored print of Fritz Lang’s Metropolis.

The event will, hopes Kosslick, evoke the magic of the golden age of German cinema.

Further initiatives include a retrospective curated by the film critic David Thomson, a special screening of Rob Marshall’s Nine (pictured) in the Friedrichstadtpalast musical theatre, and a special DVD edition of 22 films from the past six decades, launched by the Süddeutscher Verlag publishing house.

More than 800 star portraits of past Berlinale guests are being displayed throughout the city and the festival’s website will be presenting reminiscences of the Berlinale from both film stars and cinema-goers. “For the first time, we also have a great programme for local cinemas throughout Berlin,” adds Kosslick, including red-carpet screenings at arthouse cinemas around the city.

Meanwhile, the Forum will be marking its 40th anniversary this year with a special film programme, while the festival’s former main venue, the Zoo Palast cinema, will also celebrate its 50th birthday with a book of photographs by Christine Kisorsy.

“The independent scene is really on its way up. There was a slight dip a year ago but things are looking much better now.”

“Many old hands who have been to the Berlinale before are back this year,”

says Kosslick. “We have no less than four Golden Bear winners in the competition — Zhang Yimou, Jasmila Zbanic, Michael Winterbottom and Wang Quan’an — but there are many new names, too.

“One can discover film-makers such as Feo Aladag, with her film When We Leave [in the Panorama] (pictured), which stars the great Sibel Kekilli who was also the star of Golden Bear winner Head-On. We also have three interesting new talents in the competition — the Romanian Florin Serban, the German-Afghan Burhan Qurbani and Natalia Smirnoff from Argentina.”

This emergence of new talent is one of the reasons for Kosslick’s bullish attitude about the future of arthouse cinema.

“Looking at the situation overall, and particularly in the US, the independent scene is really on its way up,” he suggests. “There was a slight dip a year ago but things are looking much better now.”

Panorama head Wieland Speck agrees: “It wasn’t a year of great abundance but the quality of the films is good.”

According to Kosslick, the festival’s overall budget has remained stable at $25m (€18m). This year’s event sees German car giant BMW replace Volkswagen as one of the major sponsors. “The total revenue through sponsorship is very stable,” he says. “ARD Degeto, Vogue and the Franco-German Youth Office have joined the official German partners.”

On the eve of the event, the European Film Market (EFM) is similarly unbowed by the economic downturn, at least in attendance figures. At 6,500, the number of accreditations is at the same level as 2009, despite 30 of last year’s participants going bust since then. This pattern is repeated in the number of accredited guests for the festival.

The $140 (€100) discount on the market-badge price seems to have proved effective. “We’re giving a sign,” says EFM director Beki Probst. “Times are tough and we are with you.”