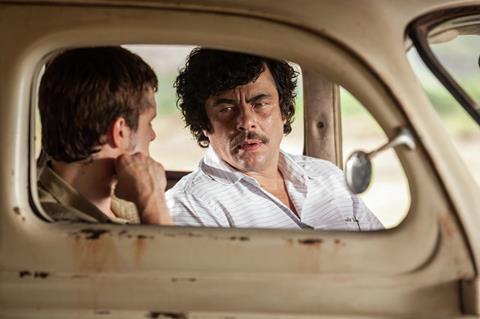 Escobar: Paradise Lost has been added to the Gala Premieres strand of the Zurich Film Festival (Sept 25 - Oct 5) and will be presented by actors Benicio del Toro, Josh Hutcherson and Claudia Traisac alongside director Andrea di Stefano.

Written and directed by Stefano, the film follows the life of notorious Columbian drug baron Pablo Escobar. A young Canadian surfer (Hutcherson) travels to the Columbian coast in search of the perfect waves and finds the woman of his dreams. His problems begin when he gets to know her uncle – the notorious drug lord Pablo Escobar (del Toro).

Escobar: Paradise Lost is a Chapter 2, Roxbury and Orange Studio production, internationally sold by Pathé International and distributed in the United States by Radius/TWC. In Switzerland the film will be released by Pathé Films.

The film will receive its world premiere at the Toronto International Film Festival (Sept 4-14).