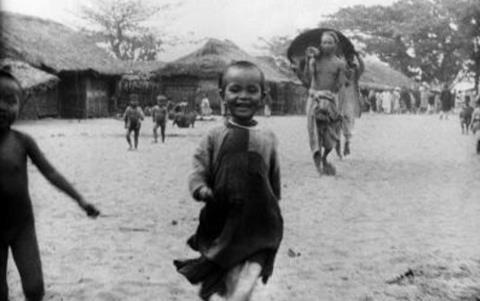 Cannes Film Festival general delegate Thierry Frémaux is to present a screening of Lumière! - and will provide live commentary himself - at the 6th Odessa International Film Festival (July 10-18).

The selection of 98 restored films, directed by movie pioneer Louis Lumière and his cameramen, will be screened internationally for the first time following its Cannes premiere.

Two Ukrainian films will participate in both competitions.

OIFF president Viktoriya Tigipko said there had been a trend this year for submissions by female directors.

“During this year’s selection we have noticed an interesting trend: 30% of the entries submitted to the International Competition were from female directors,” said Tigipko.

“As a result, four out of the 12 films selected are directed by women, which makes one third of the program. We are pleased about this fact, as today the issue of female equality in the film industry often arises.

“Moreover, ten of the 24 films of the National Competition are also made by women.”

Many of the 12 narrative features selected for the OIFF International Competition have already been awarded top festival prizes. The films, representing 17 countries, will compete for the Grand Prix of the festival, which is awarded by the audience.

Two Ukrainian films are presented in both the National and International Competition:

The other films selected for the International Competition are:

Part of both comepetitions are Song of Songs by Eva Neymann and Captum by Anatoliy Mateshko.

The National Competition of short films will screen 18 films by young Ukrainian filmmakers, among them Snails by Cannes-winning director Maryna Vroda, Not Today by Khrystyna Syvolap; an animation titled Swan by Kharkiv music video director Oleksandr Danylenko; the screen adaptation of Ernest Hemingway’s  short story White Elephants by Yana Antonets, a documentary Baramoshkin by Gayane Dzhiganyan and Michel Lades about cadets from the Kiev cadet corps.