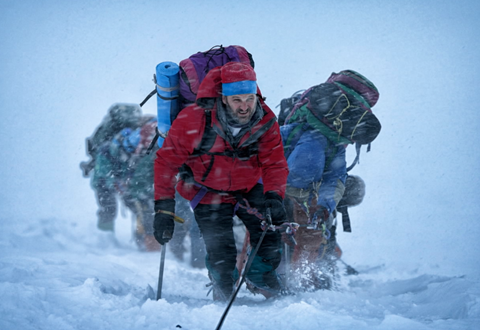 Everest, directed by Baltasar Kormákur (2 Guns, The Deep), has been selected as the opening film of the 72nd Venice Film Festival (Sept 2-12), where it will play out of competition.

The world premiere of the mountaineering drama will be screened on Sept 2 in the Sala Grande (Palazzo del Cinema) at the Lido.

Set on the world’s highest mountain, the film centres on two different expeditions hit by a fierce snowstorm.

Presented by Universal Pictures and Walden Media - in association with Cross Creek Pictures - the story has been adapted for the screen by William Nicholson (Gladiator) and Oscar-winner Simon Beaufoy (Slumdog Millionaire).

The film was shot on location in Nepal on the foothills of Everest, the Italian Alps and at Cinecittà Studios in Rome and Pinewood Studios in the UK.

Universal will distribute Everest worldwide, and it will be released in the US exclusively on IMAX 3D and premium-large format 3D screens on September 18.

It will be released wide in the US - including standard 2D and 3D - on September 25.

Italy releases the film on September 24.