Azize Tan has stepped down after nine years following protests over censorship at the latest edition in April, which led to the cancellation of the festival’s competitions and closing ceremony. 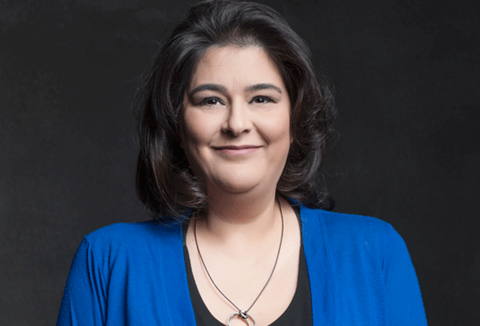 Festival director Azize Tan has stepped down after nine years in the role and nearly two decades at the organisation, and will be replaced by assistant director Kerem Ayan.

Tan, who first joined the Istanbul Foundation for Culture and Arts (IKSV) in 1997 as a subtitles coordinator to the festival before rising through the ranks, will continue to support the event as an advisor.

Bulgu Öztürk, who has been a coordinator at the festival since 2005, has been named Assistant Director.

The reshuffle follows the biggest crisis in the festival’s history when dozens of Turkish film-makers withdrew their films from the latest edition in April in protest over the removal of a documentary from the programme, leading to the cancellation of its competitions and closing ceremony.

Cayan Demirel and Ertugul Mavioglu’s documentary, North (Bakur), deals with the daily life of three Kurdish guerrilla fighters in the north of Turkey and was set to be screened halfway through the festival on April 12.

But North was cancelled just hours before the screening after festival organisers received a letter from the Turkish ministry of culture claiming that the film did not have the required registration certificate.

The directors and producers of 22 festival films - including Palme d’Or winner Nuri Bilge Ceylan (Winter Sleep) - pulled their titles and issued a declaration that stated: “We do not accept the requirement of these certificates for local productions, especially as they are not required for foreign films. We consider this to be a form of oppression and censorship.”

Although other screenings went ahead, the festival cancelled the National and International Golden Tulip Competitions, National Documentary Competition and closing ceremony.

At the time, a statement from the festival issued “a call for solidarity” to the whole sector to change the regulations, extending the current exemption implemented for foreign films to locally produced films as well.

As the protests grew, Tan stated that this regulation had created a major problem for festivals and filmmakers for a long time, and the festival had previously conducted negotiations to change it.

Tan said at the time: “I hope that this situation converts into an opportunity that brings film industry together to change this regulation. In order to overcome the problems in the industry, I think that a new film regulation should be enacted and it should secure the freedom to screen films at the festival without any problems.”

Tan also highlighted that films without a certificate had previously been screened without any government objection.

Before the end of the festival, programmers and international critics were invited by the makers of North to attend a private screening of their film outside of the festival.

The censorship move was seen as another attempt by the government to clamp down on free speech ahead of the June general election, which resulted in a hung parliament. A second election is due in November.

It followed the blocking of access to Twitter and YouTube for several hours earlier in April over photos showing a militant pointing a gun at a prosecutor who died in a failed hostage rescue operation. Turkey also threatened to ban Google over the images.

The 35th Istanbul Film Festival is set to take place in April 2016.