This year’s Odessa International Film Festival has again been denied any state funding by the Ukrainian State Film Agency (USFA). 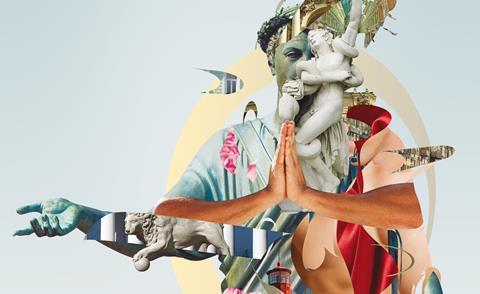 This is the second consecutive year that the Agency, under the auspices of Ministry of Culture, has decided not to allocate around $430,000 (1m Hrvynia) to one of Ukraine’s leading international events.

Speaking exclusively to ScreenDaily, OIFF’s executive producer Julia Sinkevych said the continued absence of any funding from the USFA had been “actively discussed” within the film professional community since her blog on the website of LB.ua last week.

“For many people, it came as a surprise that Odessa IFF is not supported by the state,” said Sinkevych.

“Moreover, some weeks ago we sent an official request to provide the Plan of film events approved by USFA for financial support in 2015. Usually this document should be published on the web site of Ukrainian State Film Agency, but it is not available despite the fact that the decision has been made,” she explained.

“According to the Law about the access to the public information (and this information is public indeed), the term to provide such info is five working days. There has been almost two weeks and no reaction so far.”

Strangely, in a document issued by Ukraine’s Ministry of Culture about actions connected with the implementation of the Association Agreement with the EU, OIFF is listed as one of the events to be supported between 2014-2017 for the promotion of Ukrainian cinema alongside presences at such festivals as Cannes, Berlin, Karlovy Vary, Warsaw as well as Tallinn’s Baltic Event.

In her blog, Sinkevych had said that the lack of funding from the state would mean that the festival would be “lastingly” transformed from a “regime of development” into one of survival.

She had also criticised the new Minister of Culture Vyacheslav Kirilenko and USFA head Filipp Ilyenko for dragging their feet on Ukraine’s membership of the European Union’s Creative Europe, which would apparently be posisble for a symbolical payment of 1 Euro.

According to unofficial sources, the delay in joining the EU programme (Moldova was the latest member at the end of March) is due to “bureaucratic complications” in Ukraine’s Ministry of Foreign Affairs.

Sinkevych has now revealed that during April the festival will launch a crowdfunding campaign on the Ukrainian Bigggidea platform to raise additional funding to fill the gap left by the absent state funding.

Last year had also seen OIFF resorting to crowdfunding in order to raise $25,0000 via indiegogo to support its national competition and the festival’s organisation.

OIFF’s sixth edition has received support from the British Council to invite composer Michael Nyman and his band to perform his score for Dziga Vertov’s silent film Man with a Movie Camera on the famous Potemkin Stairs.

Nyman first performed the soundtrack at London’s Royal Festival Hall in 2002 and will come to Odessa for the free open-air screening before 15,000 spectators on July 11.

The 1929 experimental ‘urban symphony’ was made over a period of three years by Vertov with his brother, cameraman Michael Kaufman, on the streets of Odessa, Kyiv and Moscow, to create a 66-minute urban kaleidoscope.