Mexican feature Perpetual Sadness and Israeli drama Next to Her take top prizes at Greek festival. 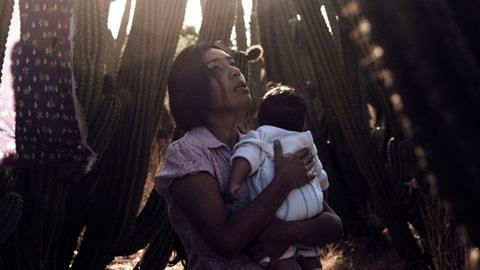 It beat competition from 13 other first and second films screened in this year’s international competition section.

The film deals with the stoicism and the sadness shared by women in a  remote village facing the departure of their sons in search of work. World sales are handled by Media Luna.

Some 10 Mexican features have played in competition at the festival since 2000, winning cropping 12 principal awards.

Israeli feature Next to Her (At li layla), by editor turned director Asaf Korman, was awarded the special jury prize Silver Alexander.

The film, about two sisters sharing the same apartment, won at the Thessaloniki Agora “Works in Progress” last year and and premiered in May at Cannes’ Directors Fortnight.

A second special jury prize - the Bronze Alexander - went to Bulgarian Greek co-production The Lesson (Urok) by Kristina Grozeva and Petar Valchanov, which won the Kutza award for best new director when it premiered at San Sebastian.

The film, which centres on a teacher driven to desperate measures to avoid financial ruin, also won the best screenplay award for Grozeva and Valchanov. Wide Management handle worldwide sales.

Ukrainian Myroslav Slaboshpytskiy was named best director for The Tribe (Plemya), in which a deaf mute teenager struggles to fit into the boarding school system.

World sales on the film, which debuted at Cannes, are handled by Alpha Violet.

Among this year’s highlights were the recital by German actress/singer Hanna Schygulla and masterclasses from US director Ramin Bahrani and Serbian director Zelimir Zilnik. All three received special tributes from the festival.

There were also retrospectives based around a century of Greek cinema and Hungarian director Kornél Mundruczó, whose Cannes award-winning White God opened the festival.

The closing film was Roy Andersson’s Venice Golden Lion winner A Pigeon Sat On a Branch Reflecting on Existence.

Next year’s festival will run from Oct 30 to Nov 8.

Silver Alexander: Special jury prize
At Li Layla (Next to Her) by Asaf Korman (Israel)

Risttuules (In the Crosswind) by Martti Helde (Estonia) 2014

The 2/35 co-production award (full post production image and sound worth up to Euros 100,000) to the project:

GRAAL co-production award- image post-production up to  Euros 70.000- to the film: