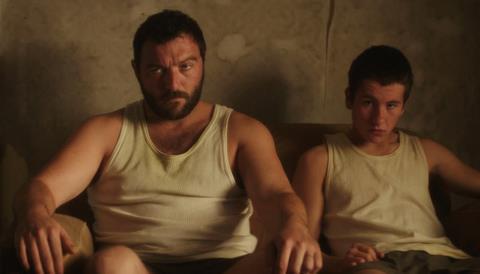 International Film Festival Rotterdam (IFFR) has confirmed its line-up for the Hivos Tiger Awards Competition 2015, with 13 projects by first and second time feature filmmakers from across the world competing for three prizes of €15,000 each.

Eleven of the 13 competing films will receive their world premieres at IFFR with the remaining two films screening as international premieres.

The winners will be announced at an awards ceremony on Jan 30.

The selection includes La Mujer De Los Perros, from Argentinan filmmakers Laura Citarella and Verónica Llinás, which centres on a woman who lives on the outskirts of Buenos Aires with a pack of dogs. It marks Citarella’s second film, after Ostende (2011), and Llinás’ first.

Danish director Jeppe Rønde will present his new film Bridgend, based around a real spate of young suicides in South Wales.

British director Martin Radich will be in attendance with Norfolk. It marks the second feature from BAFTA-nominated writer/director Martin Radich (Crack Willow) and is a thriller about a reclusive father and son whose close relationship is threatened when the father’s violent past catches up with them.

Norfolk is produced by Finlay Pretsell of SDI Productions and Rachel Dargavel of Crybaby and was developed, financed and produced through Creative England’s iFeatures initiative with backing from the BFI and BBC Films.

Thai director Jakrawal Nilthamrong will also be in Rotterdam to present his latest film, Vanishing Point.

La Mujer De Los Perros and Vanishing Point were both partly financed by IFFR’s Hubert Bals Fund (HBF) in addition to three other films competing for this year’s Hivos Tiger Awards: Another Trip To The Moon by Ismail Basbeth; La Obra Del Siglo by Carlos Quintela; and Videophilia (And Other Viral Syndromes) by Juan Daniel Fernández Molero.

Festival director Rutger Wolfson said of the selection: “They demonstrate an ever developing cinematic language, dealing with increasingly difficult but relevant subject matter in a consistently meaningful way.”

Above And Below by Nicolas Steiner (Switzerland/Germany) IP

Above and Below is a rough and rhythmic roller coaster ride seating five survivors in their daily hustle through an apocalyptic world. A mind-blowing, cinematic exploration of contemporary existence in the US.

Another Trip To The Moon by Ismail Basbeth (Indonesia) WP

The magical surrealist journey of Asa, daughter of a shaman, who confronts her own mother, fighting for her own life and freedom.

Over a 5-year period in Bridgend in Wales, 79 people, many of them teenagers, committed suicide without leaving any clue as to why. This is the starting point for this mysterious social drama. Hannah Murray convinces as the ‘new girl in town’ in Danish Rønde’s feature debut.

Social drama about the oppressive relationship between a father and a son who, as modern outlaws, struggle to survive in the depleted Dutch province of Limburg.

Haruko is a girl who prefers to cuddle up to her old-fashioned TV set. In this wondrous story, a television can transform into a man: and this is by no means the end of the strange cheerfulness.

A man who doesn’t know who he is meets his former love. She tells him he is a famous poet, Kostas Karyotakis, who killed himself in 1928. Every year he returns on the anniversary of his death.

The protagonist of Dog Lady is a woman (Llinás) who lives on the outskirts of Buenos Aires with a pack of dogs.

A haunting thriller about a reclusive father and son whose close relationship is threatened when the father’s violent past catches up with them.

Three Cuban men, obliged by circumstance to live together under the same roof, pass their days in the ElectroNuclear City.

In the company of housewives, professionals and a retired tennis instructor, Hernán is part of a middle-class community that is preparing for the eventual arrival of the end of the world at a holiday resort in the marshy Tigre delta.

Combustible dreams fail to ignite as lonely, middle-aged, Dawn is confronted by lost love in a glorified-pit-stop town.

A drama depicting life in different paths. As two men delve deep down in search for what could heal their pains, through the path of imagination, they see themselves in each other.