The story of a circus bullet man who visits his home town in Sangue Azul (Blue Blood) emerged as the big winner as the 16th Rio de Janeiro International Film Festival came to a close on October 8. 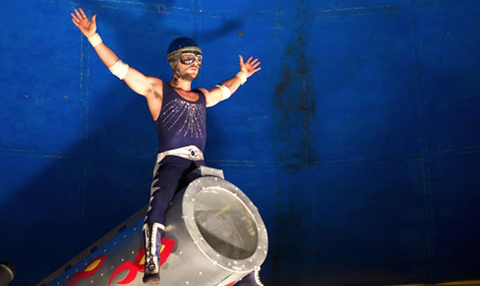 The Redentors, the awards inspired by the statue of Christ The Redeemer, were handed out for the Premiere Brasil category at a ceremony held at the festival’s downtown Armazem 6 dockland pavillion.

Among the fiction features, Chico Teixeira’s Ausencia (Absence) and Gregorio Graziosi’s Obra took two prizes each. A drama about a boy in transition to adulthood, Ausencia earned best actor for Matheus Fagundes and special jury prize.

Obra, which follows the path of a man in search of his dark origins, won prizes for best cinematography for Andre Brandao and for best Latin American film from the FIPRESCI jury.

In the documentary category, Theresa Jessouroun’s À Queima Roupa (Point Blank) earned two prizes for its examination of violence and corruption in the Rio police, collecting both the best film and best director awards.