Tribeca Film Festival to open with 'The First Monday In May'

The Magnolia Pictures art documentary will open the 15th Tribeca Film Festival, which is scheduled to run in New York from April 13-24. 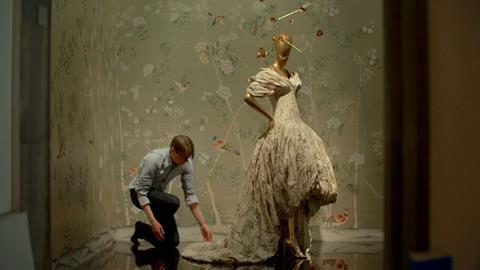 The First Monday In May hails from Page One: Inside The New York Times film-maker Andrew Rossi and tells of The Metropolitan Museum Of Art’s most attended Costume Institute exhibition in history, China: Through The Looking Glass.

“It’s an honour to premiere this film downtown with the Tribeca Film Festival for their 15th festival, and I am truly thrilled to partner again with Magnolia Pictures,” said Rossi.

“The First Monday In May celebrates creativity in art and fashion and is deeply rooted in the creative world of New York, so to launch at a festival that came into life in order to support that culture is very meaningful. We’re so excited to have the team at Magnolia behind the film, bringing it to audiences all across the country.”

Magnolia will release the film on April 15.