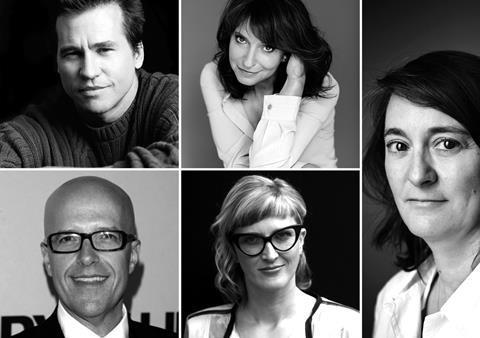 Scroll down for full jury line-ups

The Danish filmmaker, who won her Best Foreign-Language Film Oscar for In A Better World in 2011, is currently on the festival circuit with A Second Chance and Jennifer Lawrence, Bradley Cooper drama Serena.

She will oversee a jury that includes US actor Val Kilmer, best known for roles in Heat, Batman Forever and Top Gun, and Bosnian director Jasmila Žbanić, who won the Berlin Golden Bear in 2006 with Grbavica.

Also on the jury is Marie Masmonteil, the French producer of Party Girl, which picked up prizes at Cannes in May, and Jerusalem Film Festival winner Gett: The Trial of Viviane Amsalem, currently playing at Toronto.

Rounding out the jury is Donald De Line, the US producer behind the The Italian Job remake, The Green Lantern and I Love You, Man.

The Focus: Switzerland, Germany, Austria jury will be presided over by prolific German producer Stefan Arndt. As the co-founder of X Filme Creative Pool, Arndt has produced Cloud Atlas, Run Lola Run, Good Bye Lenin! and Amour among others.

Each of the juries presents the Golden Eye prize in its respective category during an awards ceremony at the Zurich Opera House on Oct 4.

The winning film from each category also receives an additional CHF 100’000 ($107,000) worth of distribution support.