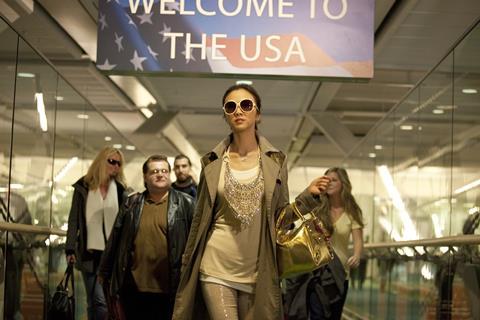 Just as Meg Ryan juggled serendipity and sentimentality with the spiritual aid of the Leo McCarey weepie An Affair to Remember, Tang Wei (Lust, Caution, Late Autumn) draws inspiration from Sleepless In Seattle in the creatively titled Finding Mr. Right, finding Mr. Right while making her way via Seattle to the top of New York’s Empire State Building.

It’s Tang’s immense likeability in her alternately sassy and vulnerable role that holds it all together. Finding Mr. Right thrives on the effortless charisma of its lead actress.

A spirited sophomore effort after her heavy-handed directorial debut (the Jet Li tearjerker Ocean Heaven), writer-director Xue Xiaolu’s Seattle- and New York-set romantic comedy is nothing you haven’t seen before – although it’s also pleasant enough to disarm you with its sweetness. The movie is scheduled for a late-March release in Hong Kong and mainland China.

In it, Tang plays Jiajia, a materialistic prima donna who is temporarily staying in Seattle – presumably because she’s a huge fan of the Nora Ephron movie – to give birth to the child of her rich, married lover in Beijing. When her plan to check into a maternity centre goes awry, however, she’s instead taken by her hired driver Frank (veteran TV actor Wu Xiubo, dutifully wooden) to a small home run by a friend of his, the Taiwanese caretaker Mrs Huang (Elaine Jin).

As her (off-screen) boyfriend continually fails to shrug off either his wife or the criminal investigations into his possibly shady business, the lonely Jiajia soon discovers the loving side of Frank, who was once a famous doctor in Beijing before moving to the US and being divorced by his more financially competent wife, an inconvenient truth that he’s been keeping from his young daughter and grieving silently ever since.

Directing from her own script, Xue has come up with a conventional yet surprisingly delightful rom-com, at once filled with authentically written supporting characters and some gently humorous sequences, including several that mischievously toy with Jiajia’s limited knowledge in English.

Amid the predictable story trajectory which sees the budding couple respectively recover from their unfortunate romantic past, readjust their focuses in life and finally meet up again for their purely coincidental romantic resolution at you-know-where, it’s Tang’s immense likeability in her alternately sassy and vulnerable role that holds it all together. Finding Mr. Right thrives on the effortless charisma of its lead actress.