FUNimation picks up 'Attack On Titan' 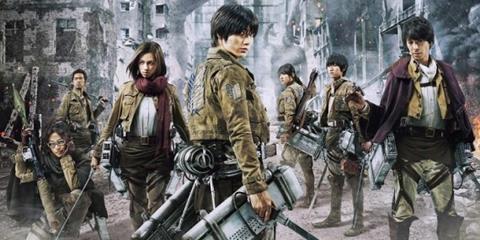 The director of the two-part film, Shinji Higuchi, will make a special appearance at San Diego Comic-Con on July 12, ahead of the world premiere of Attack On Titan: Part 1 at the Egyptian Theatre in Los Angeles on Tuesday, July 14.

Higuchi and two of the film’s stars – Haruma Miura and Kiko Mizuhara – are expected to attend the world premiere.

Toho is releasing the two parts of the film on Japan on August 1 and September 19, 2015.

The Attack On Titan manga has sold more than 50 million copies and inspired four spin-off manga, as well as a 25-episode anime series, which FUNimation simulcast and released on home video in North America.

The story is set in a world where most of humanity has been destroyed by giants and the last of mankind fights to survive behind three concentric walls that were once impenetrable to the giants.

“Attack On Titan is truly a worldwide phenomenon and we are excited to bring the live action movie to theatres across the Americas later this fall,” said FUNimation CEO Gen Fukunaga.