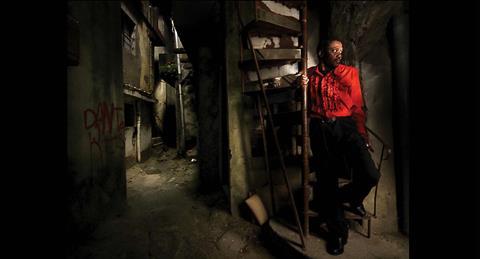 Portuguese filmmaker Pedro Costa reinforces his art house credentials with Horse Money (Cavalo Dinheiro), a visual and poetical treat that delves – just as his previous films Colossal Youth, Ossos and Vanda’s Room – into lives, issues and traumas of residents of the grim (bit oddly beautiful through Costa’s camera) Lisbon neighbourhood of Fontainhas, where Cape Verdean immigrants are haunted by a dark past and a bleak present.

Costa shrewdly makes good use of music to counterbalance his often dreamy images, while random sparks of dialogue are interspersed through the film, punctuating the beautifully composed shots.

The film, which won him the best director award at the Locarno Film Festival, is a slow, elliptical and often mournful journey, perhaps too cryptic and inaccessible for audiences other than committed art house fans, but he crafts memorable images – more tableaux than formal cinema – that linger, cajole and provoke the viewer.

Much of the film is in silence – with remaining dialogue deliver in Cape Verdien Creole/Portuguese – as Costa follows the shambling, shaking and aged Ventura visits a doctor, clearly suffering from terrors of the past as well as infirmities of the present, with the film then offering dark memories of what has happened to him (including an encounter with his long-lost wife). There are some striking images as Ventura shuffles through streets like a zombie, in one scene in his underwear being stalked by a tank, as he faces old friends and family.

Costa shrewdly makes good use of music to counterbalance his often dreamy images, while random sparks of dialogue are interspersed through the film, punctuating the beautifully composed shots. He takes the film into playfully poetical territory as Ventura is seen in an elevator with a giant toy soldier (a representation of an old comrade) engaging in an internal monologue.

Horse Money will no doubt be a favourite at many film festivals where Costa has a loyal following, and while unlikely to make much of a dent as a theatrical offering the film does reinforce his artistic credentials and ability to create something rare and challenging.