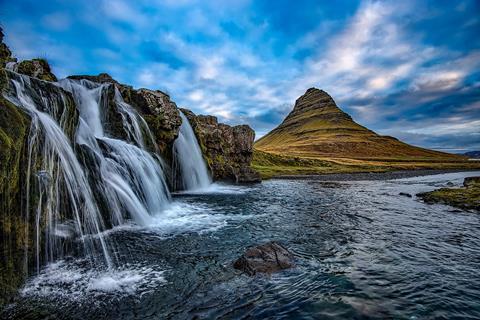 The Icelandic government has unveiled details for how international film productions can restart in the territory.

Currently, travellers arriving in Iceland (except those from The Faroes Islands and Greenland) must undergo a 14-day home quarantine, with travel from countries outside Europe’s Schengen borders severely restricted.

However, from today (May 15) professionals arriving into Iceland, including those from non-Schengen countries, will be eligible to request an exemption from home quarantine and apply for a modified quarantine instead.

This will allow cast and crew of film productions to enter the country and quarantine for 14 days in their hotel and workplace, if productions adhere to specific guidelines.

Further easing of restrictions are planned for June 15, when all travellers into Iceland will be given a choice between a two-week quarantine or being tested for the virus upon arrival. Strict safety precautions will still be in place for film productions after June 15.

Iceland has successfully bought coronavirus under control, with only had three infections confirmed in May.

Iceland, with its 25% rebate and highly skilled crews, has long been a popular shooting destination for films such as Flags Of Our Fathers, Prometheus, Oblivion and Star Wars: The Force Awakens, as well as TV shows like Game Of Thrones, Sense8 and Fortitude.

Minister of Tourism, Industry and Innovation Þórdís Kolbrún Reykfjörð Gylfadóttir said: “I am happy that in spite of Covid-19 we have managed, in cooperation with our health authorities, to provide a rare opportunity for international film-crews to continue work, while of course respecting all the precautions and measures we have put in place in order to make this possible.“