Bela Tarr interview: why he won’t return to feature filmmaking

The celebrated Hungarian director spoke to Screen after giving a masterclass at Rotterdam. 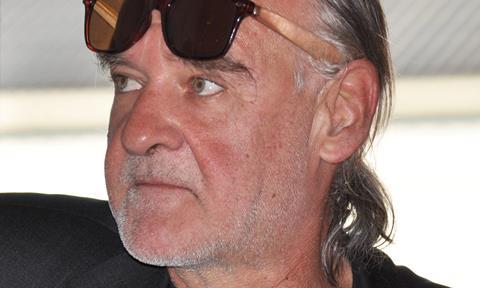 Bela Tarr has been at International Film Festival Rotterdam this week. On Thursday afternoon, the director of The Wreckmesiter Harmonies, Sátántangóand The Man From London gave a well-received masterclass at the festival. Afterwards, he spoke to Screen International.

Tarr may have directed two short films as part of his exhibition Till The End Of The World at the EYE Museum in Amsterdam but he has no intention of returning to feature filmmaking. His most likely future endeavours will be directing opera or theatre.

For the last four years, Tarr has been at the helm of the Sarajevo Film Academy, tutoring students from all corners of the world. “I was working with young people. I love them very much. They showed me movies I did not know. We showed them films they didn’t know.”

Tarr has now left the school, which was a faculty of a private university.

“I had to leave because they don’t have money,” he explains. “It was an expensive programme and it was impossible to do longer.”

The Academy closed on 15th December. Tarr hopes he might be able to revive it somewhere else.

As for his own filmmaking career, Tarr re-iterated that it “was done, ready, packed. Take it or leave it.”

He again expressed the feeling that he had reached the end of the line with his Silver Bear winning The Turin Horse (2011.) If he was to carry on, he would only risk repeating himself.

In the short term, Tarr needs a rest. The teaching exhausted him, he has a bad back and he has been working flat out on the EYE exhibition. After that, one project he is mulling is “a brand new Carmen, new music, new libretto, no Bizet any more…I need a composer and I need a theatre brave enough for this craziness.”

Tarr remains as outspoken as ever about the Hungarian National Film Fund. Laszlo Nemes may have won an Oscar for Son Of Saul, backed by the Fund, and production levels may have shot up again but Tarr states categorically: “I am still against this system.” In his capacity as President of The Hungarian Filmmakers’ Association, Tarr has signed many declarations against what he calls this “anti-democratical, autocratical system.”

“Some young people who want to make a film have to make a compromise; they have to make a deal with them because they (the Fund) are keeping the money,” Tarr said. “(Prime Minister) Orban decided that film needed a governor and the governor is now Mr Andrew J. Vajna, who was the producer of the first Rambo movies. How can I accept this situation?”

Tarr disputes the idea that there was chaos and debt at the MMK (Hungarian Motion Picture Foundation), the public body that used to oversee the Hungarian film industry. “They (MMK) got the money at the end of the year. The producers were financing the films mostly via banks and then they (the MMK) paid the banks.”

When the MMK was closed, the producers were no longer able to pay off the bank loans.

Laszlo Nemes was an assistant to Tarr on Man Of London. Tarr argues that the young filmmaker’s Oscar success doesn’t “leigitimise” the current film funding arrangements any more than the success of Hungarian inventor Ernő Rubik’s famous cube in the 1970s legitimised the old communist system.

“Hungary is divided right now,” Tarr said. “One part is following the populists. The other part is scared about them.”

His advice for any young people who want to become filmmakers is blunt. “They have to be brave. In the 21st Century, when you can do a film with your phone, there are no more rules…my advice is please be yourself, strong enough, brave enough and don’t care about anything. Just show the world how you see. That is all I can say, nothing more.” He adds that he never tried to teach students to imitate his style. “I don’t want followers. I want independent young filmmakers.”

As for his relationship with producers over the years, Tarr says (partly tongue in cheek) that it was always harmonious.

“They were very clever. They knew that if they wanted to get a real Bela Tarr movie, they were not to say anything but just to let me do…”.