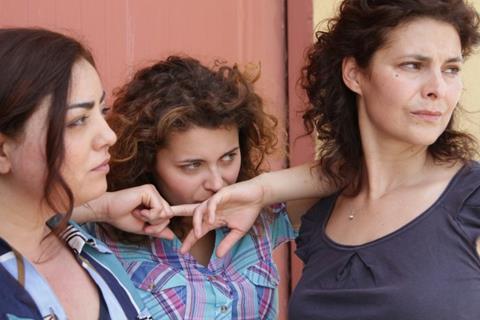 A hymn to the motherland and the values of a back-to-basics lifestyle in the light of Italy’s crippling recession and relentless beaurocracy, In Quiet Bliss (In Grazia de Dio) sees three generations of Italian women brought low by modern life and revived by an eternally sun-dappled mother Earth.

Michele D’Attanasio’s lofty camerawork can feel a little gimmicky when married to some audio tricks but is ultimately as seductive as the land it captures.

Edoardo Winspeare’s characters are renewed by the nature and beauty of the director’s native Salento in a scenario which may seem off-puttingly didactic but is in fact gently watchable throughout. Domestic play, where it will speak to Italy’s current preoccupations and regrets, could be strong, and it’s certainly pretty enough to make a play for international audiences although some may find it relentlessly on-message. Festival play seems assured.

Winspeare has blended archetypes with the natural in a scenario which, like the shack his characters eventually inhabit, can be accessed down only one road. There’s the quasi-mythical figure of a grandmother, Salvatrice (Anna Boccadamo) who tills the land, is patient, devoted to God, and rewarded for her efforts. There’s a daughter Adele (Winspeare’s wife Celeste Casciaro), hardened by her business failure and bankruptcy.  Trampy, mouthy, granddaughter Ina (Casciaro’s daughter Lichetta) rounds out the Winspeare’s holy trinity. (Although to the film’s great benefit, there’s the grafted-on character of Maria Conchetta, a sister who wants to be an actress, played naturally and to effective comic relief by local resident Barbara de Matteis).

When the loan sharks and the taxman close in, all three women find themselves in a shack on the family’s very beautiful olive grove, working the land in a feudal system of barter. If the scenario is a little forced – all the menfolk are either weak, bland or untrustworthy, the land is the most important thing – the rhythms of Winspeare’s film aren’t, with precise editing and attractive lensing (although The Good Life in Salento might not look so nice if it ever actually rained during In Quiet Bliss).

Winspeare opens his story in a highly credible way with stress, anger and depression as the small family-run garment manufacturing business collapses as orders from the north dry up. Debt-ridden, they had been desperately trying to ride out the recession, but the loans now mean the family home has to go on the block.  Brother Vito retreats to Switzerland, where their late father worked his whole life to send money back to Italy, while the four women head off to the family olive grove and try to make the shack habitable.

Their father, we are told, worked himself to death and never laughed.  Adele isn’t very smiley either, and caustic with her daughter (whom she refers to as an idiot and a donkey throughout) who is clearly repeating Adele’s own mistakes in life. A chance meeting with a former schoolmate Stefano (Gustavo Caputo) could open up her life, if only she would surrender and allow herself to be helped.

Acting credits are good, although Casciaro’s anger becomes wearyingly unrelenting across 130 minutes, more a product of the screenplay and the film’s length than the actress herself. Michele D’Attanasio’s lofty camerawork can feel a little gimmicky when married to some audio tricks but is ultimately as seductive as the land it captures.