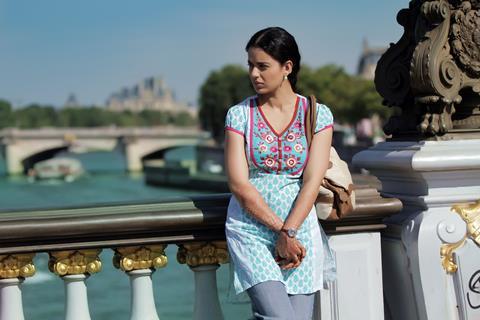 The two partners plan to develop and produce around five to six films a year, handle distribution in India and overseas, and syndicate rights to the two companies’ combined library of around 175 titles.

Phantom Films will manage the day-to-day operations of the joint venture.

Reliance said in a statement: “The proposed combination will leverage the proven creative and production capabilities of the Phantom team, while enjoying access to the established domestic and international sales and distribution infrastructure of Reliance Entertainment.”

The statement suggested the joint venture would have access to companies part-owned by the Reliance Group such as LA-based sales and production powerhouse IM Global, which sells select Reliance titles at international markets.

Reliance has produced and released hits such as 3 Idiots, Singham, Singh Is Kinng and Bodyguard, but has recently slowed production following a series of flops. In February, Reliance Entertainment CEO Sanjeev Lamba said the company was in hiatus while it reassessed its strategy.

The Mumbai-based studio is also a partner in DreamWorks and handles distribution of the US studio’s films in India.

Amitabh Jhunjhunwala, group managing director of Reliance Group, said: “This partnership is in line with our evolving strategy in the media and entertainment business, of aligning with like-minded people who are trail-blazers in their own field, and playing the role of supportive investors on our part.”