How Joe Wright bounced back from 'Pan' with 'Darkest Hour'

The disappointment of Pan left Joe Wright questioning his future as a filmmaker. But Darkest Hour, Working Title’s revisionist take on Winston Churchill, fired up his passion again. 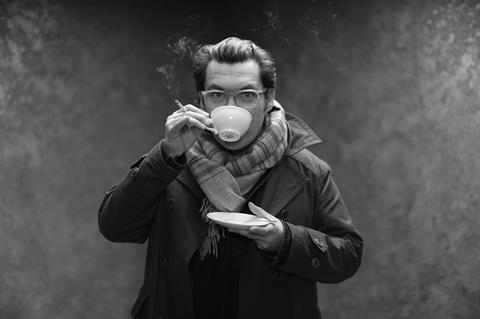 It was a rare peek into the doubts of Winston Churchill that made Joe Wright certain that Darkest Hour was the film he should tackle next as he attempted to recover from his first major professional disappointment, Pan.

When the UK director’s longtime collaborator Eric Fellner of Working Title passed him Anthony McCarten’s screenplay in January 2016, the unusual portrait of Britain’s great wartime leader struck a chord. “I didn’t think I’d be interested in making a film about Winston Churchill,” says Wright, contained somewhat restlessly in a plush armchair at the Four Seasons in Beverly Hills. “I was surprised by how much I enjoyed it and how moved I was by it.”

McCarten’s account of Churchill’s first weeks as prime minister framed the iconic statesman in a new light. The action takes place early in the Second World War in May 1940 and this is not the self-assured bulldog of popular history. Churchill is shown to be pugnacious of course but, beset by internecine political warfare, he vacillated between surrendering to Hitler and fighting on.

Eventually, his intellect, courage and gift for oratory set him on the path to confront the hostilities that threatened to enslave Britain and the world, paving the way for the Dunkirk evacuation several weeks later and the rest of the Second World War. “It seemed to speak to concerns of my own about doubt and the nature of self-doubt and its importance in the attainment of wisdom,” Wright says. “It was those kind of ideas that seemed to speak to me.”

The panning of Pan

By the end of 2015, shortly before he read an early draft of Darkest Hour, Wright was ready to pack it all in. Warner Bros had just released Pan, the sixth film and biggest production of Wright’s hitherto-stellar career. This was meant to propel him into the stratosphere, yet the reimagining of JM Barrie’s beloved children’s story incited a critical mauling and flopped at the box office. The director was devastated.

“I got to a point after Pan where I thought I might never make another film again; I might just make theatre,” he admits. “I felt so dislocated from modern cinema. I felt like I didn’t understand it at all and out of that self-doubt and crisis of confidence came a kind of new aesthetic for me, which started with Black Mirror. I built upon that for this movie.”

Wright directed the ‘Nosedive’ episode for the third season of Charlie Brooker’s dystopian TV series in 2016. It delivered a Screen Actors Guild nomination for actress Bryce Dallas Howard, with whom he had wanted to work since she auditioned for Atonement. More importantly, he regained his taste for directing, and it was not long before thoughts turned to film.

The director spent the best part of 2016 working with McCarten on the screenplay for Darkest Hour. From his own research into Churchill, poring over biographies and watching newsreel footage of a man of the people, Wright worked out how he wanted to approach his subject. 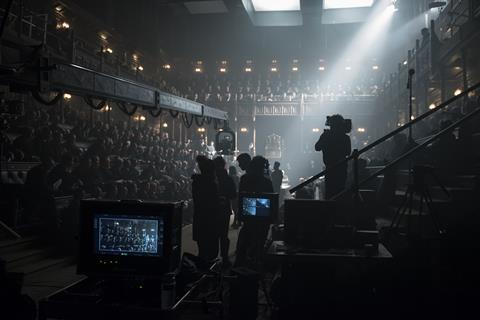 “I wasn’t really interested in Churchill the icon,” he says. “I was interested in bringing Churchill off that plinth in Parliament Square and meeting him face-to-face and trying to get a sense of who this flawed and wonderful individual was.”

Fellner suggested they cast Gary Oldman, the British firebrand whom Wright had revered well before he immersed himself in the London arts world as a student at Central St Martins College of Art. Once Oldman signed, Wright says he fully committed to Darkest Hour. “It was quite a bold idea, but I felt you could either cast someone who looked like Churchill or cast someone who embodied the essence of Churchill,” says Wright. “The Churchill I saw from reading those books and watching the Pathé news footage and so on was a very manic and vital Churchill. He was a Churchill who had an enormous amount of energy, possibly a bipolar manic energy, which then resulted in these terrible crashes of depression. I wanted someone who had that kind of intensity and we all know Gary’s nothing if not intense in his performances.”

Wright can relate. Ever since his acclaimed feature directing debut on Pride & Prejudice in 2005 after years of TV dramas, his passion has painted him as a kind of poster child for British arts. He made his theatre debut in 2013 at London’s Donmar Warehouse on Trelawny Of The Wells, and followed that up with A Season In The Congo at the Old Vic with Chiwetel Ejiofor and, more recently, Life Of Galileo at the Young Vic.

Theatricality has often informed his work and visual flourishes have been a recurring feature. Yet on Darkest Hour, arguably his least ostentatious and best film, the director’s ego is restrained. Only a tracking shot of Churchill and his secretary Elizabeth Layton (played by Lily James) in the underground War Rooms where the British cabinet met, and a vertiginous pull-back at the Calais Citadel, betray the old self. Wright leans in, smiling: “Good. I’m really pleased. Then I’ve done my job. I really was trying to make a film where I didn’t draw attention to the director, which in the past — you know, youth — I might have done a little more of.

“This is me stripping everything back,” he continues. “After the almost baroque aesthetic of Anna Karenina and certainly Pan, I just wanted to get back to basics and find an aesthetic that was almost minimalist in style. After Pan, I went back and watched all the filmmakers I loved and tried to remind myself what I loved about cinema — Bresson and Bergman and Hitchcock.” 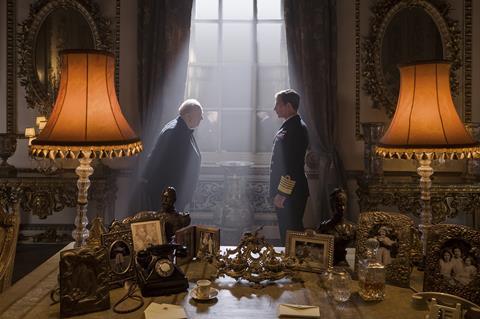 Wright deployed one of his favourite tricks to capture the emotion that would have coursed through the House of Commons when Churchill delivered his rousing speeches. Before the final address of the film where Churchill persuades Britain’s elected politicians to fight on, Wright blasted the Beatles into the Warner Bros Leavesden set. “You create a bonding atmosphere, an atmosphere where people are excited and happy to be part of something,” Wright says. He dismisses the thought with a wave, fumbles in his jacket and produces an iPhone with a video of the occasion. There he is, arms flailing, conducting the 450-or-so extras as they sing along to ‘Hey Jude’ and wave their order papers.

“Gary walks on set, right, and immediately he has their support,” Wright says, eyes fixed on the screen. “We’re going to hear the most important speech of the film and of Churchill’s life. All of those people in that room are supporting Gary and wanting him to succeed. He feels that and it elevates him… allows [him] to be as free and as expressive and safe as possible. To trust. And then they can fly. We can all fly.”

Wright pauses. “I cry a lot on set, like Churchill. I cry and get excited. It’s a place where I feel utterly at home and myself, more than anywhere else in life. I feel on set that I belong. It’s amazing. It’s the best feeling in the fucking world and I miss it so much when I’m not doing it. Whenever I walk past a film set, I get really jealous.”

Following Darkest Hour, which Focus Features released in the US on November 22 and goes out in early 2018 (including the UK on January 12) through Universal Pictures International, Wright will likely next shoot Stoner. Based on John Williams’ posthumously acclaimed novel about an American academic’s undistinguished career in the first half of the 20th century, the project has a script by Andrew Bovell (Lantana) and will star Casey Affleck, with Jason Blum, Daniel Battsek and Charles S Cohen producing.

An audacious talent who has returned to the fray, Wright is ready for whatever the future holds. He leans in and says: “Very excited at the moment. I feel that I’ve entered a new phase of my cinematic career. I’ve done seven movies now and it has been an extraordinary journey and I’ve been incredibly lucky. I feel like I’m just beginning.”