Into The White Night 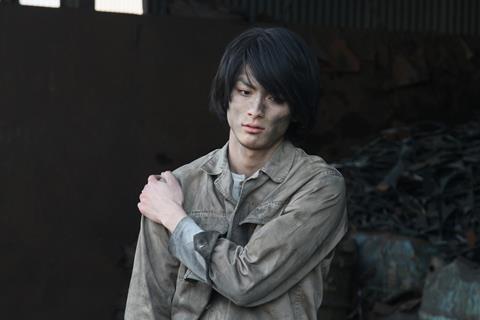 “This isn’t a novel,” comments a character in Japanese mystery saga Into the White Night (Byakuyakou), with some considerable irony. Adapted from a best-seller by Keigo Higashino, this feature by Yoshihiro Fukagawa (Peeping Tom, and Japanese hit Dear My Love) is itself an extremely novelistic, densely plotted, genre-hopping narrative that begins as a straightforward murder mystery; takes off into veritably Dickensian realms, as it maps Japanese society high and low; then loops back in a protracted whodunit denouement, taking in some wild melodrama en route.

Veteran actor Funakoshi gives the film its human approachability, playing Sasagaki as a gentle, approachable Colombo-esque character with a dash of tragic pathos.

It’s sometimes hard to know whether the tale is plotted with audacious complexity, or just a labyrinthine picaresque meander, but viewers should be fascinated - at least in those stretches where the story comes into focus. Too unwieldy and diffuse for widespread appeal, Into the White Night might score some points internationally if its outré Twin Peaks mystery aspect is played up.

The film begins in 1980, in an impoverished slum area bordering by thick reeds, where a pawnbroker named Kirihara is found murdered. A massive investigation is mounted, and suspicion points to the dead man’s employee Matsuura, who was romancing his wife, and a local woman, Mrs Nishimoto, whom Kirihara was seeing. The investigation leads to no firm conclusion and is dropped, but one lowly detective involved, Sasagaki (Funakoshi), obsessively presses on with the case.

From there on, the film skips confusingly over the years, in two strands of narrative. One involves Mrs Nishimoto’s daughter Yukiho (Horikita), a strangely detached beauty who, following a virtuous high-school career, effortlessly climbs the social ladder until, through marriage to a spoilt society boy, she becomes a powerful player in the fashion world. The other strand follows Kirihara’s emotionally damaged son Ryoji (Kora), a moody loner with a dysfunctional sex life and a talent for ornate paper-cutting artistry.

As the years pass - via several references to 80s ephemera such as Sony Walkmans and Pretty Woman - the film skips with merry abandon from location to location, presenting a panorama of Japanese society from slums to salons that’s positively Balzacian in its scale. Finally the story comes full circle, although the explanatory last half-hour is wildly over-extended, and audiences may have twigged long before Sasagaki exactly what’s at stake.

Throughout, it’s the generic figure of the obsessive sleuth who intermittently appears to provide continuity and get the mystery story back on the rails. The film’s deliriously convoluted complexity is exacerbated teasingly by play with identity, with characters - and there are very many, coming and going with alarming abruptness - frequently changing appearance, or behaving differently depending on what social milieu they’ve moved into.