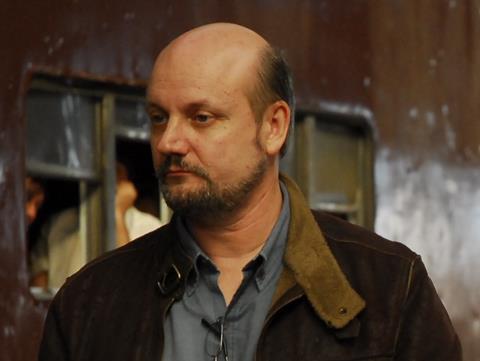 Campanella divides his time between New York and Argentina. He previously earned an Oscar nomination for his 2001 film Son Of The Bride (El Hijo De la Novia) and has directed a number of episodes of the hit TV series House, Law & Order SVU, and 30 Rock.

Veteran actor Ricardo Darin stars in The Secret In Their Eyes as a former state investigator haunted by a 25-year old unsolved crime and lost opportunities in his personal life. His quest for closure is put to the test when he begins to write a novel about the case. Soledad Villamil and Guillermo Francella also star. Sony Pictures Classics will release in North America on April 16 and Latido Films is handling international sales.

What drew you to Eduardo Sacheri’s novel La Pregunta De Sus Ojos (The Question In Their Eyes)?

The thing that attracted me to the novel was that it was rooted in film noir and yet the characters were very real. That combination was something that struck me as very different. Usually the detective is very cool and aloof and there was nothing of that in this novel.

For a year I didn’t decide to make it but it kept coming back to me and I had the idea of turning the love story between the two main characters into an integral part of the story, which is not in the novel.

What did you and your co-writer Sacheri try to accomplish with the script?

We always knew where we were going because we had the novel, but by bringing the love story so much to the foreground we had more of a parallel story; the love story is almost more important than the procedural. We had to find the emotional bridges from one story to the other. It took two years to write the screenplay. There were four whole drafts and each of these had other versions. It was one of the more challenging scripts I have written.

Were there cinematic influences?

In the film a key character who has confessed to a crime gets involved in the government’s dirty political war, foreshadowing the horrors that would ensue under the dictatorships. Did this happen a lot in Argentina in the early 1970s?

This takes place in the years before the dictatorship during the [time of the ] democratic government, which of course could not go all-out and kill the insurgents, so they had to create the Triple A, the Argentine Anti-communist Alliance. It was basically the right wing of the government.

Has the Oscar win changed anything?

For the movie it is amazing. It has opened a lot of markets. It’s either been bought in places where it has not been licensed yet, or it has led to a wider release in those countries where it has been acquired. For my personal career it’s more indirect: it makes a lot of people in the industry want to see the movie and that might lead to something.

Will there be a remake?

There’s talk of it. Nothing has been completely set.

“I’m working on an animated movie [working title Futbolin] that we have been developing for two years and we will get on with it when I get back to Argentina. The characters are fussball [table football] players and it’s based on an original idea.