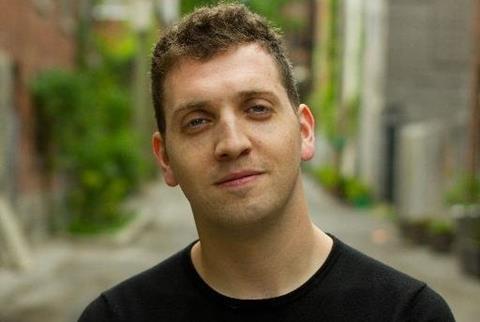 Receiving its world premiere in competition at KVIFF, Jesse Klein’s We’re Still Together is an off-kilter buddy movie about male failure and the complexity of relationships.

Large teenager Chris (Jesse Camacho) is a timid person who is tormented both at home outside. When a gang of boys set upon Chris, he finds an unlikely saviour in the form of Bobby (Joey Klein) who proceeds to take him under his wing.

Over the course of one night the pair find themselves in a number of strange situations as Chris soon realises that Bobby’s confident swagger hides a broken soul.

With a raw energy and some compelling performances, the Canadian film is a consistently fascinating piece of work that is indicative of a great number of talents – both behind and in front of the camera – to keep an eye on in the coming years.

Screen: Tell us a little bit about yourself and your background

Jesse Klein: This is my second feature film. I’ve been making films for a number of years and have recently been teaching at the university but I have recently moved away from that to focus on making films full time. This is our biggest screening to date and I’m really excited

What was the spark that ignited We’re Still Together

There’s a couple of things: the desire to collaborate on a role with my brother was chief amongst them. His role of Bobby was something that I had kicking around. It’s a very specific manifestation of male failure and one I hadn’t necessarily seen before. And the way Bobby lashes out in this sort of shameful aggression that he soon regrets, that was something I knew I wanted to explore. I was also interested in the relationship between him and someone whose male failure expresses itself in a different way – with much more timidity and retreat. It’s a relationship driven film and a family driven film. I kind of had characters more than I had a narrative per se. I knew I had Booby and Chris to get material out of and I went from there

You’ve previously mentioned your influences on the film, including Jerry Schatzberg’s Scarecrow which screened as part of his retrospective here at Karlovy Vary a few years ago. Can you tell us more about these influences?

The two films are Elaine May’s Mikey and Nicky and Jerry Schatzberg’s Scarecrow. I definitely think both of them explore adult male relationships in a way I hadn’t seen before. They’re quite different films as in Mikey and Nicky they’re best friends from the start but in Scarecrow they meet at the beginning of the film and forge this friendship -  so We’re Still Together is more akin to Scarecrow in that sense.

It’s true that Al Pacino’s role of Lion in Scarecrow had things in it that were very influential, how he oscillated very rapidly between this ebullient joy and low levels of depression. I found that very helpful, informative and fascinating as I was very moved by that performance. Mikey and Nicky as well, with the messiness of the relationships which is explored really honestly. How the kind of ugliness of relationships can be really beautiful as well. How there’s an intimacy in that and how’s there’s an intimacy in an argument as well. In those films it’s explored really poignantly

There’s a subtle tension in We’re Still Together between stark realism and some strange surrealism as we follow these characters as they experience life changing moments.

I definitely do oscillate between those two poles as there are surrealistic elements that I flirt with but I really wanted to ground it in a lived-in authenticity. You really want to feel that you’re in the night with them. It’s interesting that on the one hand that its life changing - as you put it - but I really wanted to drive home the point that there are no epiphanies in real life. At the end of the night they are different but what has changed? Will they stay close and will they stay friends afterwards?

But I would say that films often deal with change in a massive, melodramatic way. “Oh no, the meteor is going to hit the Earth”. Here the changes are small and subtle, but they’re still important.

Absolutely, I completely agree with you. In an outward, drastic way their lives are not going to change: they are going to have the same friends and same family. They’re both changed by the night. Despite the fact that outwardly their daily lives will be similar, they are different and they have learned from each other. Outwardly you wouldn’t have guessed that they would learn from each other

It’s an ensemble piece, so how did you get the cast together?

It was a very small film about how we designed it with the crew and the very first person on-board was my brother. I consulted with him about the film before I even started writing it. The other lead actor Jesse Camacho who I had known a few years before I wrote the script and he was someone I always had in mind for the role. Not necessarily originally but I came round and settled on him. He didn’t audition for it. For the other roles it was just kind of doing research. The little girl [Brielle Robillard] was - quote unquote - auditioned for it but that was a complete no brainer as she was just fantastic and there was no-one else I was considering other than her.

Was there a lot of rehearsal and improvisation in the film?

As we led up to the shoot there was a lot of meetings and the characters were changed because - as you approach production, it’s no longer about what I think or what I conceived but it’s about these people inhabiting something they are going to make authentic and real and lived-in. Especially for Bobby’s character, Joey did change it. I did have some ideas that at the moment I was attached to but I think sometimes you just have to let go

There was minimal rehearsal, it was more like discussions. Joey would read the script and talk about it and say “This where I see the character going, this is what I think works about it, this is what I don’t think works about it” It wasn’t so much a negotiation as it it’s more important about the thing he is going to do rather than me going “Oh I thought that was a really cool idea when I wrotye it six months ago by myself.”

On set I would say it wasn’t a heavily improvised film. There were times when some people would stray from the script, but staying within the context of the lines. Even that wasn’t often or common but it definitely did happen. Especially with Joe as he would riff on things. But I knew that going in. Not only do I know him so well, we sound the same. So when I’m writing for his cadence and the rhythm of his language, I had a real intimacy of knowledge

I’m blown away by how fan friendly this festival is and I’m really humbled by that. The screening’s already sold out and it’s 1,200 people in the Grand Hall which is gorgeous. The thing I am most astounded by – and honestly moved by – is that you travel 1,000 however many miles and there are just a huge number of people here. They’re camping for the 10 days and want to come and see movies. It’s not that that doesn’t happen in North America – there’s great film fests there as well – but there’s so much affection and energy for the movies. We’re excited

What projects have you got for the future?

The main one is a movie called Break The Fall which is about a woman who returns to her family after a three year absence due to postpartum depression. Her husband’s moved on and her daughter – who was an infant – doesn’t remember her and it’s about her trying to reconnect with them. Clearly family and estrangements and relationships are things that I’m quite obsessed with. That’s the main project and would I would love to jump into production of in 2017. But I also have a TV show that I wrote called Picture Me which is about a recent college graduate who is making a documentary about her little brother wherein he explores his gender identity