Last Days In The Desert 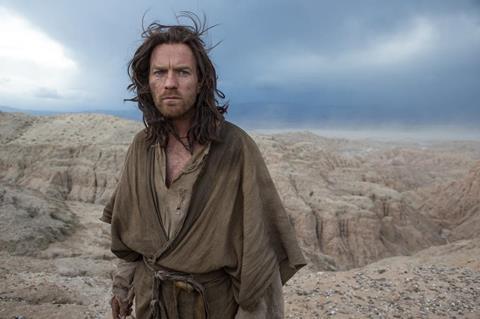 A powerfully meditative experience that grapples with themes of faith, destiny, death, and fathers and sons, Last Days In The Desert possesses the attributes that have been the hallmark of writer-director Rodrigo García’s best films: It’s emotionally uncluttered while being narratively ambitious. A take-it-or-leave-it minimalist exercise in spiritual symbolism, this imagining of an encounter between Jesus and a struggling family can occasionally be too poetic and metaphoric for its own good. But Ewan McGregor’s dual performance as Jesus and his demonic tormenter ensures that Last Days In The Desert never loses track of its grace and humility.

McGregor does a commendable job of finding his way into the character, playing him as not quite beatific but also not quite mortal, either.

Screening as part of Sundance’s Premieres section, Last Days In The Desert comes at a time when several religious-themed films have recently entered the marketplace, ranging from Noah to Exodus: Gods And Kings. Far more modest and contemplative than the mega-hit indie The Passion Of The Christ, Last Days could succeed in attracting the faithful as well as the secular thanks to McGregor’s sure-to-be-praised portrayal. A film that needs to be seen on the big screen so the viewer can be enveloped by the striking desert imagery, Last Days probably won’t stir up much controversy for its depiction of Jesus, which, ironically, may temper its box office prospects.

Identified as Yeshua, the Hebrew word for Jesus, a man (McGregor) wanders through an empty desert, occasionally imploring his unseen father to answer his pleas. Yeshua has been fasting and praying, but now he plans to return to nearby Jerusalem to face an unspecified fate. Mocked and harassed by a phantom figure identified as The Demon (also McGregor), Yeshua has reservations about traveling to Jerusalem, but his journey is interrupted after coming across a family consisting of a stoic father (Ciarán Hinds), ailing mother (Ayelet Zurer) and restless son (Tye Sheridan). Yeshua decides to spend some time with these people, in part because of his fear of what awaits him back home.

Even those with a cursory knowledge of the Bible — or viewers who have seen at least one film about Jesus — can surmise what will happen to Yeshua once he leaves the desert. But the power of Last Days isn’t in its third act reveal. Instead, the movie is a provocative exploration about coming to terms with one’s fate. Yeshua and the audience know what’s in store for him, and so the movie plays with the character’s anticipation and dread, transforming the vast, lonely desert into a kind of existential way station en route to the inevitable.

No wonder, then, that Yeshua bonds with this family: They too are trapped in a purgatory, the unnamed father insisting that his brood leave behind the accoutrements of the physical world to perhaps gain some greater insight into themselves in the desert. But as Yeshua soon realizes, what they’ve gained is only hardship: The mother is at death’s door, and the father is wondering what sort of legacy (if anything) he will leave to his son, who begs Yeshua to take him when he goes to Jerusalem.

As might be apparent, Last Days is not a tightly plotted affair. Shot by incomparable cinematographer Emmanuel Lubezki, who last worked with García on his 2000 film Things You Can Tell Just By Looking At Her, the film consists largely of hushed scenes of Yeshua talking with the different family members or The Demon. The beautiful surroundings — jagged hills, barren trees, overpowering skies — dwarf the characters, giving their dilemma an almost mythic grandeur while simultaneously showing how insignificant their individual concerns are.

It’s a risky narrative gambit, but García has savoured such challenges throughout his career. A filmmaker mostly uninterested in crafting traditional three-act stories, he devoted one movie to different episodes all shot in one take (Nine Lives), and focused another film on two separate characters — a mother and the daughter she gave up for adoption — who never meet (Mother And Child).

Last Days is equally unconventional, using just the faintest hints of plot to nudge the story forward. (The father wants to excavate valuable Jasper stone, which lies at the bottom of a dangerous cliff, in order to buy supplies for his family.) In truth, the what-does-it-all-mean conversations are clearly what interests García, as they are ripe with musings about existence and the mysteries of life. But the thoughtful, considered dialogue isn’t hippie-dippy pontificating: The filmmaker grounds the conversations in resonant anxieties, and the calmly confident performances allow the dialogue room to linger in the air, giving us a chance to ponder these elemental questions alongside the characters.

Playing Jesus is a thankless task, requiring an actor to portray the iconic figure with unflagging holiness lest he risk being criticised by some believers. But McGregor does a commendable job of finding his way into the character, playing him as not quite beatific but also not quite mortal, either. Strange as it is to say, the performance it most recalls is his turn as Obi-Wan Kenobi in the Star Wars prequels, McGregor once again harnessing a benevolent, modest calm that’s inviting rather than offputtingly pious. (His Demon performance isn’t as layered, but thankfully that character isn’t around too much.) It’s inevitable that García will tread some familiar terrain with his tale — Yeshua is predictably tempted by the ethereal mother — but McGregor is great at externalizing the man’s doubt, hesitation and basic humanness.

To be clear, Last Days has its uninvolving and underdeveloped moments. While Hinds is a potently granite-like figure of solemn introspection, the rest of the family never rises above mere symbols. (Zurer especially has little to do.) But although García seems to be using the film to work through his own questions about God, mortality and family, Last Days never feels self-indulgent or navel-gazing. Sparked by an inquisitive, understated score from Danny Bensi and Saunder Jurriaans, the movie feels attuned to the riddles of existence in a way that few films are. Last Days isn’t transcendent or anything close to a religious experience. But it’s deeply moving, curious and openhearted, which is a blessing.