PRODUCER: Having recently left Pathé to join London production outfit Wildgaze Films as head of development for film and television, producer Len Rowles is thrilled by her new role. 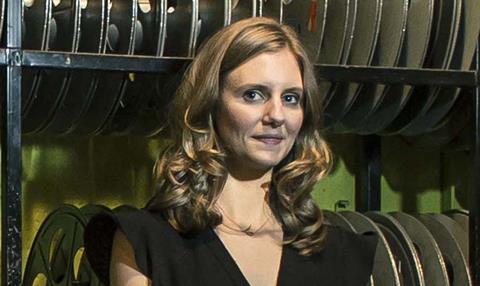 “It’s a really exciting step for me. Wildgaze makes beautiful films and their tenacity, vision and passion are extremely inspiring.”

After studying for a degree in English with Film, Rowles took up a production co-ordinator role on a Channel 5 detective docu-drama, making 50 episodes in around 10 weeks, a job she describes as her “baptism of fire”.

She then spent 18 months as a runner on titles including Matthew Vaughn’s Kick-Ass and Ian Fitzgibbon’s Perrier’s Bounty before landing a place at the National Film and Television School (NFTS).

There, she produced eight shorts, including the first 3D film to be made at the school, Thea 3D.

Her graduation film Skyborn was directed by fellow NFTS student Jamie Magnus Stone, and the pair collaborated again on short Orbit Ever After, which starred Thomas Brodie-Sangster and Mackenzie Crook and was nominated for a European Film Award and a Bafta.

In May 2014 she joined Pathé as a creative executive, and worked on titles including Selma, Pride and Suffragette.

Alongside her new position at Wildgaze - where her projects include the TV adaptation of Brooklyn - she will continue to develop her own slate under the banner Humdinger Films.

How does the young producer manage to balance a busy day job with her own film projects?

“I don’t sleep a lot. It’s almost like a very expensive hobby,” she says.