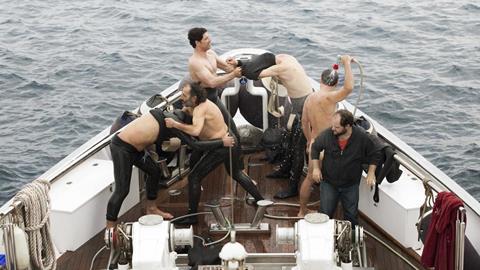 The Sutherland Award for most original and innovative directorial debut went to Robert Eggers’ The Witch, while the Grierson Award for Best Documentary was presented to Jennifer Peedom’s gripping and tragic Sherpa.

Chevalier, which debuted at Locarno, screened at Toronto and won prizes at Sarajevo, is a Greek comedy about a contest of machismo among six men on board a yacht.

It took the LFF’s top prize over much fancied competition, including Lenny Abrahamson’s Room, Son Of Saul, Tangerine and Beasts Of No Nation.

Tangerine and Son Of Saul were given special mentions by jury president Pawel Pawlikowski when he presented the award to Chevalier, which he described as “both a hilarious comedy and a deeply disturbing statement on the condition of Western humanity”.

Desiree Akhavan, who presided over a first feature competition jury made up of Clio Barnard, James Kent, Allen Leech and The Times chief film critic Kate Muir, praised The Witch as “the announcement of a new voice in contemporary cinema” and “a fresh, feminist take on a timeless tale”.

The Witch, which won Eggers the directing award at Sundance in January, centres on a family in 1630s New England that is torn apart by black magic.

The documentary jury, which included Mark Cousins and 20,000 Days On Earth directors Iain Forsyth and Jane Pollard, cited Sherpa, which Screen first championed when it debuted at the Sydney Film Festival, for “giving voice to a previously voiceless community” in telling a tale focused on the unsung mountaineers who keep Nepal’s climbing trade running, with an unexpected tragedy at its heart.

Cate Blanchett was presented the BFI Fellowship by Sir Ian McKellen, following a beautifully assembled tribute to her career that featured many film-makers and co-stars paying tribute, among them Todd Haynes, Sally Hawkins, Saoirse Ronan, Shekar Kapur and Peter Jackson.

As well as jokingly thanking the BFI “for reminding me how long in the tooth I am”, Blanchett delivered a funny, well-received speech that paid tribute to Working Title duo Eric Fellner and Tim Bevan, BFI LFF artistic director Clare Stewart, producer Kathleen Kennedy, costume designer Sandy Powell, McKellen and her husband Andrew Upton “for his constructive criticism - when I first made a film, he said, ‘Darling, you’re extremely talented. But you’re a woman and you may only have a five-year window in the industry.’ Fucking hell - and I’m still here!”

Screen Star of Tomorrow Jorn Threlfall was also nominated for his short Over.