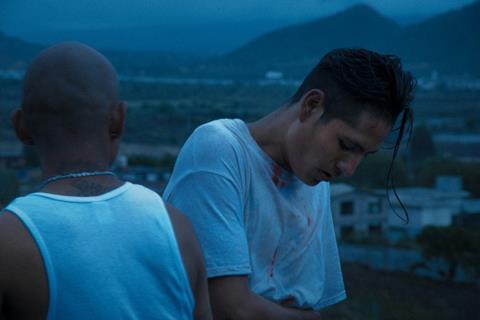 There are precedents for a North American director immersing himself in the migrant experience from a perspective south of the border – notably Joshua Marston’s Maria Full Of Grace, and Cary Fukunaga’s Sin Nombre – and Damian John Harper takes the attempt at cultural empathy a step further, by forming his cast entirely of the inhabitants of a Mexican hamlet.

In his own way, Harper fails to engage, his constant use of a shallow depth of field withholding a visual account of the community he’s attempting to depict. It’s an exhausting affectation that leaves one feeling short changed.

But what he gains in authenticity, he loses in dramatic impact. With his first feature Harper doesn’t yet demonstrate the filmmaking chops of Fukunaga, nor can he exploit from his non-actors the sort of powerhouse performance that Catalina Sandino Moreno afforded Marston. As a result, Los Ángeles is an unlikely prospect for even those art-house distributors traditionally tempted by the milieu.

It starts auspiciously, though. We first hear the sound of dogs barking, frantic running, violence, a voice counting out blows. As the film fades into dusk, the young victim of the beating is dragged to his feet. He spits blood.

This is Mateo (Mateo Bautista Matías), a teenager who is undergoing a painful initiation into his local gang. In this impoverished Zapotec community, in rural Oaxaca, work across the border is seen as a lifeline. Mateo and his family are scraping together the money that will send him illegally to Los Angeles. “LA is a jungle full of wild animals.” he tells his younger brother. “If you are not in a gang there, they will kill you.” He believes that membership of a local outfit will pave the way for getting “down with the hood” in America.

He’s making progress. Robbing a church earns the respect of the loathsome gang leader Daniel. But when he refuses to kill a rival gang member, it’s back to square one, with own life in danger.

Meanwhile, the negative consequences of US dependency are keenly felt. Mateo’s father remained in LA years ago, abandoning his family. Mateo’s godfather, Marcus (Marcos Rodríguez Ruiz), recently returned after being “too long” away, is a stranger without authority amongst his family. Lidia (Lidia García) yearns for the return of her son, fearing that he has fallen victim to those LA gangs Mateo is so keen to join.

The film’s strongest moments involve Marcus and Lidia, close-ups allowing the performers to convey what we imagine may be familiar feelings and anxieties. Garcia also voices the community spirit that persists in the face of gang tyranny. “The whole community raises a child,” she tells the orphan Daniel, who has repaid them rather shabbily.

But of course when non-actors don’t click with the camera, naturally, they have no technique to make it happen. And that’s the case with Mateo, a good-looking lad who doesn’t spark as the luckless hero, leaving a hole at the heart of the film. In his own way, Harper also fails to engage, his constant use of a shallow depth of field withholding a visual account of the community he’s attempting to depict. It’s an exhausting affectation that leaves one feeling short changed.