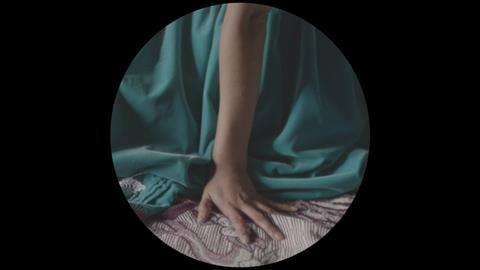 Inhabiting a space somewhere between this world and the next, imbued with echoes from folk tales and bible stories, Belgian director Gust van den Berghe’s latest film follows the kooky lead set by his first two features, Little Baby Jesus of Flandr and Blue Bird, in what he has declared is the third instalment of a loose trilogy.

This unclassifiable work has some moments of real beauty, and others of visionary delight.

Though a soon-to-be-revealed visual quirk makes Lucifer a fascinating cinematic experiment, and though the story has its moments of droll existential comedy, sadness and wonder, this is a lesser film. Indeed, for all its stylistic ambition and desire to be different, it’s the first of Van den Berghe’s works to feel more than a little derivative, recalling the Bruno Dumont of Hors Satan and several themes and fragments from Carlos Reygadas’ oeuvre. Shot in Mexico, it was coincidentally (or not) picked up for world sales by Reygadas’ and Jaime Romandia’s NDM company on the eve of its Rome Festival world premiere.

Due to be remembered as ‘the round film’ by the few intrepid souls who see it – mostly in festivals, one suspects, which after Rome will include Montreal, Valladolid and Morelia – this borderline gallery-video throws in one (literal) curveball that cranks the weirdness up several notches. This is the first feature entirely shot in Tondoscope, a technique developed by Lucifer’s cinematographer, Hans Bruch Jr, with the help of researchers at Brussels’ VUB University.

What this means is that for all but the last few minutes, the film ‘ratio’ is a perfect circle which appears like an all-seeing eye in the centre of the screen, not quite reaching its top or bottom edge. At times what we see is simply as if the lens is fitted with a porthole mask; at others, this circular image is distorted so that we view, for example, the ground all around the edge of the sphere with standing figures pointing inwards towards the sky at the centre, as if we were looking at the world through an extremely convex mirror.

This, apparently, is how the effect was achieved – with the camera mounted above a mirrored half-sphere. It’s a technique that recalls certain illusionistic experiments in painting – for example Andrea Mantegna’s trompe l’oeil oculus on the ceiling of the Camera degli Sposi in Mantua. The circularity of many models of the universe, or of heaven, earth and hell – from Ptolemy to Dante and beyond – is one possible explanation for a technique that irritates as much as it fascinates.

Very loosely inspired, it seems, by Dutch writer Joost van den Vondel’s stiffly declamatory 1654 play Lucifer, the film was shot in rural Mexico, but the effect (as in Little Baby Jesus or Blue Bird, shot respectively in Flanders and Togo) is to decontextualize the setting, turning it into a strange nether-world – helped in this case by the fact that this particular rural region is in the shadow of Paricutin, the youngest volcano on earth (424 metres high today, it began in 1943 as a bump in a field).

After a brief prologue concerning a ladder that is hanging down from the sky, the story is divided into three chapters – Paradise, Sin and Miracle. The first has something approaching a storyline, involving elderly shepherdess Lupita (Acosta), her naive granddaughter Maria (Pablo) and her good-for-nothing brother Emanuel (Bravo), a waster who feigns paralysis in his legs so that he can be waited on hand and foot. A mysterious spade-chinned stranger (Rodriguez) insinuates himself into the family group and ‘cures’ Emanuel’s affliction – the implication being that it takes a fraud to spot a fraud. But we’re also encouraged to identify the stranger with the biblical Lucifer, and when he leaves after being feted by the whole village for his miraculous powers, impregnating Maria on the way out of town, it’s still uncertain whether he’s a fraud posing as an angel, or a fallen angel who thrives on fraud.

Mixing professional actors like Rodriguez and Pablo with untutored first-timers from the Paricutin area, this unclassifiable work has some moments of real beauty, and others of visionary delight – there’s some enjoyable play, for example, made out of loudspeakers mounted on tall poles that are used by householders in this sleepy village to communicate news. But the script opts too often for what feels like wilful obscurity – Lucifer’s voice-over, for example, suggests that his coming has brought the burden of the knowledge of good and evil to this innocent place, but apart from an eviction by a grinning federal marshall, things don’t seem that different between the before and after.

To cap it all, the director and cinematographer have made the bizarre decision to add soft-focus photography to the film’s stylistic bag of tricks. With the filmed surface already shut down to a fraction of the cinema screen, whole sequences are actually difficult to watch. If you do decide to give Lucifer a try, make sure you sit near the front.