Madness at the Berlinale

N - The Madness of Reason’s premiere at the Berlinale was marked with a somewhat unusual parade. 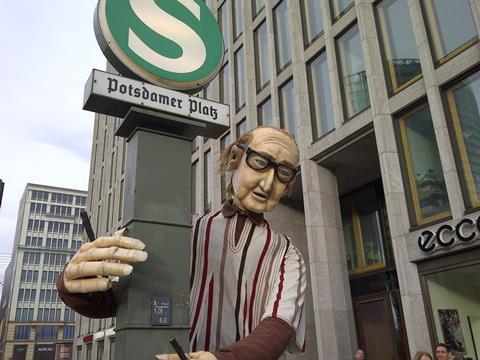 A parade was held yesterday in Berlin with a special guest.

To mark the premiere of Peter Krüger’s N - The Madness of Reason in Berlinale’s Forum, a giant puppet of the director appeared at the Berlinale and the EFM.

International sales are handled by Wide, and the film is also part of the Eyes on Films Label.