Cannes 2017: our chief critic's guide to the Competition line-up 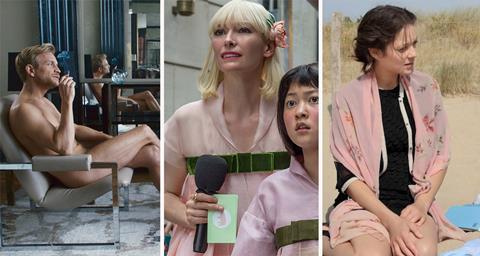 Welcome to the “huge party” of Cannes 70.  If the Official Selection this year is a “lab”, the formula isn’t quite complete - Thierry Fremaux announced 18 films which will compete for the Palme D’Or today, implying that three have yet to arrive (he also hinted that a glaring absence, that of a film from China for the second consecutive year, may yet be rectified; nothing was said however about the absence of a major Hollywood studio thus far).

A total of 1,930 films viewed, the selection process running through to 3am: Cannes 70 will be a “meeting, a vision of the world, and a promise of a better life together”. No small ambition, but the line-up has been warmly greeted by cineastes. Clearly, it isn’t a same-old-names Cannes habitues Competition, although Michael Haneke does stand to break a record if his third consecutive film (Happy Ending) were to win the Palme D’Or. (His film is “a revisiting of the cinema of Haneke himself,” said Fremaux, intriguingly).

Although the auteur names are familiar, some are competing for the first time, or back after an absence, and the line-up itself feels fresh.

Opening later than usual – thanks to the French election – on May 17, Fremaux noted that, at 70, Cannes might be in a self-reflexive mood. Its Classics section, he promised, would focus on the history of the festival itself.

Thus Cannes will open with Arnaud Desplechin’s Ishmael’s Ghosts (out of Competition, pictured), in which Mathieu Amalric plays a director whose life is turned upside down when an old flame turns up just as he’s about to shoot a new feature. Marion Cotillard, Charlotte Gainsbourg and Louis Garrel co-star.

(Amalric’s own Barbara opens the Un Certain Regard sidebar, meanwhile, making the 51 year-old actor/director the Day One face of the festival.)

And over in Competition, Michel Hazanavicius’s La Redoutable tells of the romance between Jean-Luc Godard (Garrel) and the 17 year-old Anne Wiazemsky (Stacy Martin), based on her own memoirs – a living, fire-breathing director who has had a stormy relationship with the festival itself.

The rise of TV

Taking the attitude that a film is a film, no matter who makes it, Cannes has included its first ever Netflix Original, Bong Joon-ho’s Okja (one of five Korean films in official selection), as well as a Netflix pick-up, Noah Baumbach’s The Meyerowitz Stories with Adam Sandler and Ben Stiller. It is the first time both directors will compete for the Palme D’Or. Todd Haynes’ Wonderstruck is also an Amazon Studios pick-up.

(Out of Competition, the festival will also show two episodes of David Lynch’s new trip to Twin Peaks, although that’s perhaps a no-brainer for the Palme D’Or-winning director of Mulholland Drive and Twin Peaks: Fire, Walk With Me, which premiered at the festival.)

Another familiar face this year will be that of Nicole Kidman, in three films and one TV show:  Yorgos Lanthimos’s The Killing Of A Sacred Deer, his follow-up to The Lobster; Sofia Coppola’s The Beguiled, which, like Deer, also co-stars Colin Farrell; and How To Talk To Girls At Parties, from John Cameron Mitchell. (Her TV appearance comes in Season 2 of Top of the Lake).

If all this is, perhaps, logical, what is very surprising is Fremaux’s acknowledgment that Lynne Ramsay’s You Were Never Really Here is, as yet, unfinished. The last film which was selected for Cannes in such a publicly-acknowledged condition was Wong Kar-wai’s flawed masterpiece 2046.

Fremaux had high enough praise for Scotland’s Ramsay to make it clear why the Joaquin Phoenix-starrer still made the cut. She is, he said, “a major film-maker. We are here to present artists in the film industry and Lynne Ramsay is one of them.”

Ramsay joins Japan’s Naomi Kawase (Radiance) and Coppola (back after 2006’s Marie Antoinette) representing female directors who will attempt to replicate Jane Campion’s Palme D’Or triumph for The Piano (shared with Chen Kaige in 1993, almost quarter of a century ago). And Campion will also be on hand to watch, with her Top of the Lake TV show.

Russia is out in force this year, part of a renaissance of that country’s cinema. Andrey Zvyaginstev (one of the “major voices of cinema,” says Fremaux) follows up 2014’s impressive Leviathan, which also competed in Cannes, with Loveless, also billed as an uncompromising domestic drama, and very much a last-minute addition.

Ukraine’s formidable Sergei Loznitsa brings A Gentle Creature, loosely inspired by a Dostoyevsky short story about a woman who travels to a remote prison in search of her husband.  The prolific Loznitsa, who alternates between documentary and fiction, has competed twice at Cannes before, with his two narratives My Joy and In The Fog, made in 2010 and 2012 respectively.

Heavily tipped prior to the festival were Haneke, Lanthimos, and Todd Haynes, back after the roaring success of 2015’s Carol with Wonderstruck, adapted from The Invention of Hugo Cabret writer Brian Selznick’s book of the same name. Starring Julianne Moore, the work comprises two parallel stories about hearing impaired children, one set in 1927, another in 1977, and is rumoured to be partially silent.

Kornél Mundruczó (White God) had also been predicted to appear with his Jupiter’s Moon, but this immigration-based drama is an exciting step back to Competition for the Hungarian director. (Delta competed in 2008.)

Also predicted was Fatih Akin, back in Competition at Cannes for the first time since 2007’s The Edge of Heaven with In The Fade, a thriller set in Hamburg’s German-Turkish community in the immediate aftermath of an explosion.

Only Hong Sang-soo could make two films in a season and have them both end up in Cannes official selection a mere three months after On The Beach At Night Alone premiered at Berlin. The Day After, in Competition, is framed in black-and-white, while Claire’s Camera was apparently shot clandestinely at Cannes during last year’s festival and stars Isabelle Huppert. At this rate, he’ll soon have his own sidebar.

And, also from France, but appearing at Cannes for the first time, is The Class writer Robin Campillo (2013’s Eastern Boys) with 120 Heartbeats Per Minute, a story of France’s Act Up movement of the 1980s in the face of AIDs.

A surprise from A24

Most of the surprises of Cannes typically arrive on screen, but the appearance of Moonlight label A24’s Good Time, by Benny Safdie and Josh Safdie, seemed more of a wish than a reality in the run-up to the announcement. Described by its star Robert Pattinson as “really hardcore kind of Queens, New York, mentally damaged psychopath, bank robbery movie,” it co-stars Jennifer Jason Leigh and Barkhad Abdi and brings with it a gust of fresh air to the red carpet.

Apart from out of Competition and special screening slots, not to mention Cannes Classics, there are three more spaces left in Competition, with an idea that one might be Chinese. With Lucrezia Martel’s Zama out of the loop due to the fact that her El Deseo producer Pedro Almodovar presides over the Competition Jury, notable absences include Bruno Dumont’s Jeanette, Claire Denis’ Dark Glasses, Alexander Payne’s Downsizing, Samuel Maoz’s Foxtrot, Mahamat-Saleh Haroun’s A Season in France, and Santiago Mitre’s The Summit. Despite co-production credits on three titles, it has not been a strong year for the UK either, with no sign of Clio Barnard or Andrew Haigh - yet.

They might still appear. And there’s always Director’s Fortnight to contend with, announcing much later on April 20.

While much is often made of what’s been left out of Cannes, reasons can become clear months later. A theme may emerge: on the surface, immigration issues seem to be a topic in several of the films in selection, in particular the refugee crisis and national security. (The State of Emergency which was in play last year has been extended throughout France until July 2017, so enhanced security measures should continue to be in place on the Croisette).

The biggest absence thus far: it seems as if no major studio will be at Cannes in 2017 to piggyback a title on Cannes fanfare and hype. Yet Netflix, Amazon, A24, TV shows timed to their terrestrial release, all figure in full.

The times, they certainly are a-changing.