'The Jungle Book' king of North America on $44m

MAY 2 UPDATE: Disney’s live action hit held on to top berth for its third and almost certainly final weekend following a 29% decline that saw it add a confirmed $43.7m. 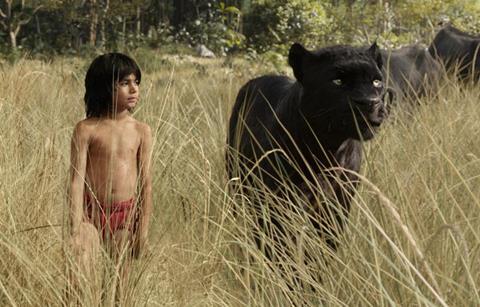 The Jungle Book has swung to $253.4m and $688.2m worldwide but its days at the top of the North American charts are numbered as Disney prepares to unleash Marvel Studios stablemate Captain America: Civil War this week.

Universal’s The Huntsman: Winter’s War continued its dismal start and fell 51% in its second weekend on $9.6m for a running total of $34.2m.

The fantasy adventure is tracking around 65% behind Snow White And The Huntsman by the same stage, which had reached $98.5m by the end of its second session in June 2012 en route to $155.3m. The drop rises a fraction when $98.5m is adjusted for inflation to $102.2m.

The story centres on two unlikely heroes who struggle to stop the evil alien Chairman Drek from destroying every planet in the star system.

The top 12 films combined for $98.9m, marking a 17.4% decline on last weekend and a 56.3% drop against the comparable session in 2015 when Avengers: Age Of Ultron scored what now ranks as the fourth biggest North American opening weekend on $191.3m