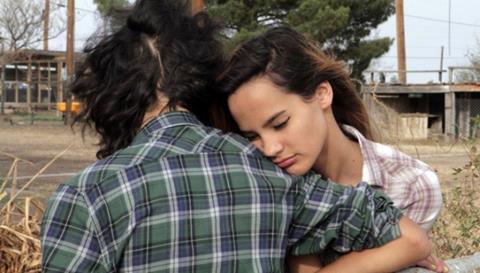 Every new Larry Clark film breeds controversy and this one will be no exception. Targeting an audience of old flower children who fondly remember their once-upon-a-time free love slogans and under-18 adolescents who ask for nothing better than to believe in them, the celebrated photographer turned film director, using once again a cast of virtual unknowns, focuses this time on Marfa, a small Texan town near the Mexican border, to embark on a session of sexual therapy that may sound old-fashioned to some, daring to others and far too indulgently shaped to most.

With a more rigorous structure, less repetition and a bit more interest in what’s happening to his characters under their insouciant surface, the film might actually be an interesting portrait of a small American community.

Adding to the controversy, there is also Clark’s decision to release the film exclusively on his website (www.larryclark.com) and charge the equivalent of a ticket price for an access. Those familiar with Clark’s record track will certainly wonder how is this unlimited availability of the film going to sit with all the various attempts made in the past to clamp some kind of restriction or censorship on his work.

Despite his age, 69 year-old Clark’s knack for scandalising remains intact and the marathon of copulations unleashed here is bound to raise more than just a few eyebrows.  He points his camera at a bunch of teenagers constantly engaging in sex, for them a pleasurable pastime which helps to dull the impending boredom induced by life in a small town. Emotional involvement is hardly a necessity in these circumstances - it all looks more like a sportive activity with performances to be improved by exploring in depth technical details such as the role of a woman’s clitoris or a man’s foreskin. Commitment is not essential, certainly not for any length of time.

Chosen as a meeting place between aspiring artists, white middle class residents, and its Mexican-American community consisting of recent or second generation immigrants, the Marfa location looks like a stagnant little place significantly cut up in the middle by railway tracks There is preciously little to do in it and Clark’s characters have indeed very few options to choose from.

No wonder Adam (Adam Minero), the half white, half Hispanic, 16 year-old riding his skateboard from sunrise to sunset from one end of the town to the other, manages in the course of the film to get two girls pregnant. First his present girlfriend Inez (Mercedes Maxwell) and practically at the same time, the slightly older Donna (Indigo Rael) whose drug-dealing husband is having a spell in the Austin jail. Then there is Adam’s single mother (Drake Burnette) who dotes on parrots and the promiscuous young artist next door (Mary Farley) who refuses to be defined a slut while men doing exactly the same things she does, are taken for cool players.

There is also a sound therapist who exorcises all evils in the final scene; a young waitress recently released from the strict supervision of her older brothers; a policeman bearing the emotional scars of war in Iraq, and finally the real bad apple, Tom (Jeremy St. James) another policeman who, after being brutalised in his childhood by a sadistic father, has turned into a sex pervert. With his exception, everyone in the film is cute and likeable, they are all freely sharing their personal hang-ups and getting along together just fine.

With a more rigorous structure, less repetition and a bit more interest in what’s happening to his characters under their insouciant surface, the film might actually be an interesting portrait of a small American community. Shot in typical Larry Clark fashion to resemble a documentary, featuring his usual quota of skateboards, light drugs and beat music, he indulges himself to such an extent when putting together his footage that after a while even the more lenient audience will realise Marfa is not a very exciting place to be in. No wonder his main character dreams of getting away from it, too.