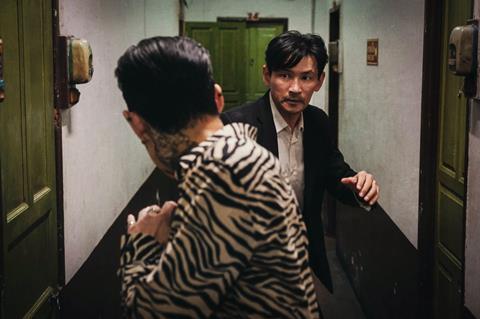 Check out the first trailer for CJ Entertainment’s action thriller Deliver Us From Evil.

When a former black ops agent-turned-mercenary (Hwang) finds out a young girl’s kidnapping in Thailand is closely connected to him, he flies there to track her down with the help of expat Yui (Park), while being pursued by a relentless killer (Lee) who is out for vengeance against him.

Currently in post-production, the film is aiming for an August release locally, depending on the Covid-19 situation.