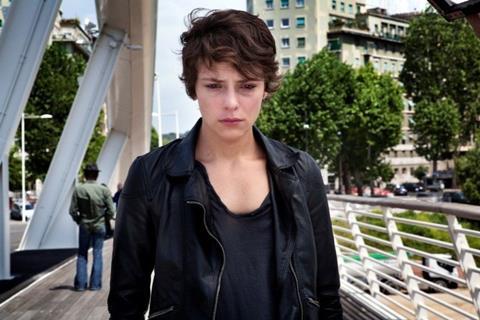 In Italian actress Valeria Golino’s feature directing debut, euthanasia is a dirty job – but somebody has to do it. Playing in this year’s Un Certain Regard section at Cannes – though perhaps it would have been a better fit for the Quinzaine or Critics’ Week – this feisty low-budget drama works well as a sympathetic portrait of a rootless young woman with a fierce DIY code of ethics whose clandestine missions of mercy to the terminally ill are shaded and scarred by moral ambivalence, not least because she gets paid handsomely for her work.

Trinca’s live-wire performance keeps us watching, and despite the occasional self-consciously auteurish touch there’s an energy to the film’s direction and editing that bodes well for Golino’s future on the viewfinder side of the lens.

But after a promising start, Miele loses its way, drifting with its central character, and ends up as a less-than-groundbreaking tale of misfits who bond across a generation gap.

Opening in Italy on May 1, Miele took ninth position on its opening weekend with a middling screen average. That’s not actually bad for a €1.5-million-budgeted indie project, but on home turf the high profile of both Golino and Trinca, as well as the cachet of veteran co-star Carlo Cecchi, will have helped. Elsewhere, Miele has no such seasoning, and could be a hard sell outside of festivals.

The euthanasia theme links Miele with Marco Bellocchio’s recent La Bella Addormentata, but in reality these are two very different films. That was an arch drama about the manipulation of a right-to-die battle that became a national news story, whereas here the central focus is a woman of around 30 who works quietly under the radar and outside the law as a kind of punk, angel-of-death Vera Drake, offering the necessary drugs and knowhow to her ‘patients’ and their relatives.

Jasmine Trinca, the revelation of Best Of Youth, turns in a nervy, nuanced performance as Irene (codename Miele, or ‘Honey’), a tense tomboy with issues. She’s as far as you can get from the docile Italian ragazza of bunga bunga fantasy, yet unable to break away entirely from the influence of men – these being her mostly absent father, the two forgettable boyfriends with whom she sometimes has athletic sex, and Grimaldi, the retired Roman engineer (a savoury performance by Cecchi) who, she thinks, is her latest mercy mission.

Clad in a wetsuit to go swimming near the spartan beach house she lives in – or rather, seems to be camping in – Irene wears rubber gloves to mix her clients’ fatal cocktails, and mostly dons headphones when in transit. She likes to insulate herself, in other words; even when she turns on the seduction button at a party, it’s revealed when the camera pulls back that the man she’s flirting with is separated by a pane of glass.

We watch her travel to Mexico via an anonymous airport hotel in L.A., to buy veterinary drugs designed for putting dogs down, and later, back in Italy, see her standing to one side – respectful, but also uncomfortably present, like an emotional vampire – as a husband gives his dying wife the fatal draught.

All of this builds an intriguing set of character stimuli and an edgy tone that is dissipated in the film’s second half as Irene’s relationship with the world-weary Ingegner Cecchi comes to dominate. The originality of the euthanasia-for-money theme had seemed to presage a slow-burn ethical drama; instead, this ends up on a dead track and we discover we’re on board a more familiar train, one carrying an inwardly fragile tough girl who’s looking for the father she never really had.

But Trinca’s live-wire performance keeps us watching, and despite the occasional self-consciously auteurish touch (a recurrent gaggle of ballerinas in tulle that pass Irene in the street, an ill-advised glance direct to camera), there’s an energy to the film’s direction and editing that bodes well for Golino’s future on the viewfinder side of the lens.