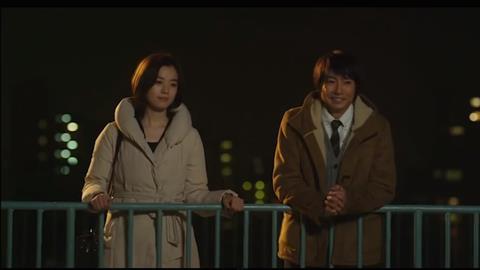 The rather clumsily titled Miracle: Devil Claus’ Love And Magic (Miracle Debikuro kun no Koi to Mahou) is a slushy and mushy bit of Christmas romantic fantasy, set to open in Japan on November 22 and likely to click with local audiences ready for some warm-hearted lovin’. The film, which had its world premiere at the Tokyo International Film Festival, is unlikely to travel much beyond mainstream Asian markets despite its rather innocent charm.

It is all engagingly old-fashioned mainstream stuff, and delivers the right amount of warm-hearted romance that should appeal to its target audience.

It is a fluffy film with moments of animation to keep things interesting – the animation features the character of ‘Devil Claus’ – and while these sections do help pep up things, at heart this is a rather traditional tale of misunderstood love and longing all set against a romantic Christmas backdrop.

Hikari (Masaki Aiba) has been best friends with Anna (Nana Eikura) since they were children and she defended the young dreamer against bullies. Now an adult, he is a mild-mannered and gentle soul who works in a bookstore but dreams of writing and drawing manga. He has produced his own work over the years, and sells one or two copies at conventions, though his most successful character is Devil Claus, who appears in anonymous and pithy flyers he puts up around town.

It will come as no surprise to aficionados of such fare that Anna, an artist working on large metal sculptures, has long been in love with Hikari, but her patience comes to an end when he falls for newly arrived Korean beauty So-Young (Han Hyo-joo), who happens to be running the Christmas art spectacular Anna is working on.

Add to the pot the reappearance of Hikari’s old manga-drawing pal from University, Kitayama (Toma Ikaytu) and things get more complex. It seems Kitayama was a top banker in London and living with a lovely woman (guess who?), but gave it all up to follow his dreams of being a manga creator. With Christmas looming these star-crossed would-be lovers have to make decisions about what will make them happy…with Devil Claus chipping in with a few ‘helpful’ bits of advice of his own.

It is all engagingly old-fashioned mainstream stuff, and delivers the right amount of warm-hearted romance that should appeal to its target audience. Predictable every step of the way, it at least never pretends to be anything other than frothy festive fun.

Screenplay: Tomoe Kanno, based on the novel Debikuro kun no Koi to Mahou by Ko Nakamura