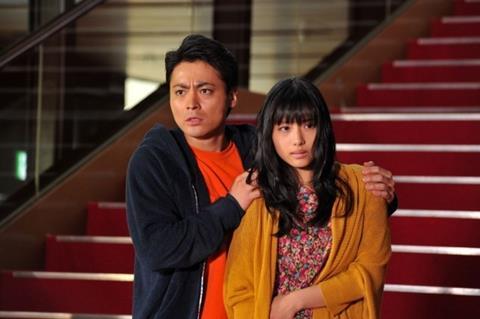 Japanese horror-maestro Hideo Nakata (who made the original Ring and Dark Water horror classics) delivers a middling tale of the supernatural thrills in this re-make of the 2010 South Korean film Haunters. His new title might well be a bit cooler and the film certainly does have some smartly chilling moments, but it is a less-than memorable film never reaches the heights of his earlier classics.

Technically the film is top-notch – plus it has a fine score – but it never really lives up to its initial intriguing premise.

Set to be released in Japan at the end of May – the film screened at Filmart – Monsterz, the tale of a fresh-faced loner whose deadly stare means he can control minds, should appeal to genre fans (and should work at niche festivals) but seems unlikely to have the international appeal to help it break out into formal distribution outside Asia.

The prologue kicks of in 1993 when a young boy watches the savage beating of his mother after having his blindfold removed as the pair talk about the ‘monster’ they have produced. But when his eyes start glowing the boy takes control and makes his father kill himself.

Some 20 years later and that now grown-up kid (Tatsuya Fujiwara) robs banks using his special power, but is bemused to come across a delivery man Shuichi Tanaka (Takayuki Yamada) who seems immune to his powers and instinctively tries to kill him. But Shuichi seems to have powers of his own and survives the attempt on his life.

But the robber plans to finish the job and threatens not only Shuichi but his nearest-and-dearest and it takes the attentions of veteran cop Shibamoto (Yutaka Matsushige) and young detective Oshikiri (Mina Fujii) to try and save the day.

There are some fine moments as the evil psychic uses his powers to turn ordinary folk into virtual zombies, but while there are more than a few nicely staged set-piece action scenes the momentum is never really sustained. Technically the film is top-notch – plus it has a fine score – but it never really lives up to its initial intriguing premise.

Screenplay: Yusuke Watanabe, based on the screenplay Haunters by Kim Min-suk